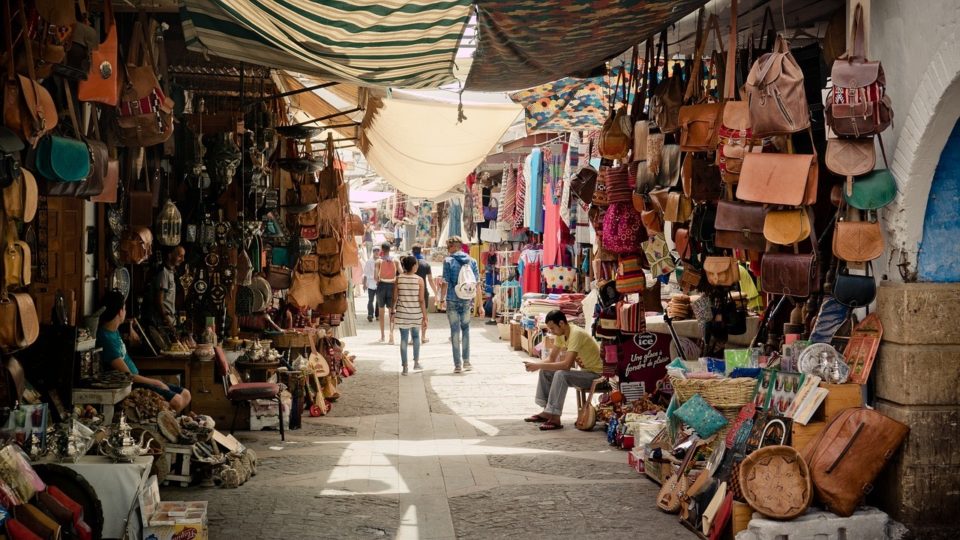 When I ask people what they know about North Africa, I hear a range of responses. Some think of colorful dancing tribesmen, grass huts, and strange foods. Others think of camels roaming the desert led by turban-wearing nomads. Still others think of snake-handling, or monkey-wearing thieves in bustling ancient cities.

North Africa does indeed feature most of these things, and I haven’t even mentioned the snow-capped mountains, the sandy deserts, and the beautiful waterfalls—or the growing and overpopulated metropolitan cities. It’s a unique land with a long and fascinating history with ties to nearly every major European and Middle Eastern empire, economy, and war.

Let’s take a stroll down history’s “memory lane” to give us a glimpse of what North African was like in the past. In Acts 2, when God uniquely poured out his Spirit in fulfillment of the prophecy in Joel 2 and established his Church Visible, 3000 were baptized that day after hearing Peter preach the gospel preached. Among the 3000 were Jews who were culturally Egyptians and Cyrenians of Libya (see Acts 2:5 and 10)—in other words, North Africans who were on pilgrimage to the Temple in Jerusalem for the Passover and the Feast of Weeks, 50 days later (Lev 23:15).

In Acts 2, we already see God bring Jews who had grown up in North Africa into the Body of Christ. They likely took the gospel back to their native land when they returned home—if not immediately, then almost certainly after the persecution that began in Acts 8:1.

In Acts 13, we see more fruit from what happened at Pentecost. Luke tells us that two North African men became teachers at the church in Antioch of Syria: an ethnic Jew from Cyprus named Joseph, more commonly known to us as Barnabas; and Lucius, a Cyrene from Libya (13:1). God was up to something. He raised up men from modern-day Turkey (Paul; see Acts 21:39), Cyprus (Barnabas), and Libya (Lucius) to take the gospel to the Gentiles.

As church history unfolds, we see fruit from this work, too, particularly in North Africa. By the 2nd century, the gospel had deep roots there. Yet again, God raised up individuals of influence to spread his gospel farther still through saints like Tertullian, Perpétua, Origen, Cyprian, and Augustine. Do you know about these men and women of faith?

In case you missed it, throughout the first 400 years of Christianity the hub of Christian activity wasn’t Jerusalem, Rome, or Athens. It was places like Carthage, Tunisia, and Egypt. That’s where the best theological and philosophical thinking happened—not just for African Christians, but for the global church. If you’re interested in beautifully told history on the early church, consider Robin Daniel’s This Holy Seed.

The reason what I said above is so surprising to many Christians is as simple as it is sad: North Africa is no longer the hub of Christian thought and creativity. In fact, countries like Egypt, Libya, Tunisia, Algeria, and Morocco are predominately Muslim. This has been the case for more than 1000 years, since around the 8th century.

So what happened to Christianity in North Africa?

Here’s an extremely short answer to that question: in the 4th to 6th centuries, division grew in the Western, Latin-speaking church between the North African Donatists and the Roman church leadership. This weakened the church in North Africa. When Islamic invaders came in the 7th and 8th centuries, they found little resistance because the churches there had been weakened by centuries of internal conflict.

Today, nearly 100% of North Africans are born and raised to believe a lie. Day after day, five times over, they lay themselves low to pray to a god who does not have ears to hear. Week after week, they give alms to the poor, hoping their generosity will raise their chances to enter a paradise that’s more or less designed to satisfy the desires of lustful men. Year after year, they commit themselves to the labor of a month-long fast (Ramadan), hoping this act of self-denial will make them acceptable to their god and their society; after a year of “mistakes,” they’re trying to reduce the weight of the sins heaped upon their backs. And for some, perhaps once in a lifetime, if they have the means, they pilgrimage to their “holy city;” again, their goal in this journey is to wipe away every sin and stain simply to restart their labors as spiritual infants who need to satisfy the unquenchable demands of an ever-changing and inconsistent god.

This is Islam. These are its Five Pillars of orthodoxy, which provide the so-called pathway to enter paradise. The Confession. The Prayers. The Gifts. The Fast. The Pilgrimage. Even still, though, a Muslim can have no certain hope that he or she will enter paradise; they cannot know if they are righteous before Allah. In a word, Islam is hopeless.

I hope you can see this clearly: North Africans need the gospel!

They need to hear Christ proclaimed. They need the work of the Spirit to open hearts to believe. They need a certain hope and a sure confession, like Peter’s “You are the Christ, the Son of the Living God” (Matt 16:16). They need prayers that aren’t dependent on their righteousness but on the righteousness of him who “is able to save to the uttermost those who draw near to God through him, since he always lives to make intercession for them” (Heb 7:25). They need to experience the joy of giving that doesn’t come from compulsory societal rites but from God who “loves a cheerful giver” (1 Cor 9:8). They need to know a fast that sets their hunger and thirst on the only One who can satisfy, the One who said, “I am the bread of life; whoever comes to me shall not hunger, and whoever believes in me shall never thirst” (John 6:35). They need to know that their pilgrimage to Mecca is unnecessary because Jesus Christ the Son of God has gone on a pilgrimage for them outside the camp to bear their reproach. We follow Him there, not to atone for our own sins but to forsake our love for the world and, in the process, to “bear the reproach he endured. For here we have no lasting city, but we seek the city that is to come” (Heb 13:13–14).

In North Africa, the true gospel needs to be proclaimed so that various perversions of Christianity—from extreme charismaticism to the prosperity gospel—may be stripped over their influence. These false gospels have saturated the television and radio stations; they claim to represent “Christianity.” So North Africans—both believers and non-believers—are confused as to what Christianity really is.

That’s why those who claim the name of Christ desperately need true biblical discipleship. Sadly, North Africa is full of lonely and loosely connected believers. These men and women need to be regularly gathered into churches; they need to commit to loving Christ and fellow brothers and sisters. They need to hear the Word preached and applied. They need to enjoy the ordinances of baptism and the Lord’s Supper so that their neighbors might see the gospel made visible.

That’s a lot of needs—and I’ve only just scratched the surface. It can certainly seem overwhelming, even impossible. But it’s not. We go with confidence because Jesus is worth every sacrifice and He has promised that He will be with us to the end of the age.

I’m sure you know the song of the four living creatures and the twenty-four elders in Revelation 5. Here’s what they sing to Jesus, about Jesus:

“Worthy are you to take the scroll and to open its seals, for you were slain, and by your blood you ransomed people for God from every tribe and language and people and nation, and you have made them a kingdom and priests to our God, and they shall reign on the earth.”

Their point is mine. Jesus is worthy, and He has ransomed a people for His possession.

To be sure, Jesus has redeemed people in history from some places in North Africa. But it’s not as though His work there stopped in the 8th century. There are still more ransomed people who have yet to be received by Christ.

So what should we do about this? We should go to them as ambassadors for Christ, ready to serve and help the Christians and churches there in whatever ways God allows.

A.W. Emad and his family have been serving in North Africa for several years, laboring for discipleship and healthy churches in that region.