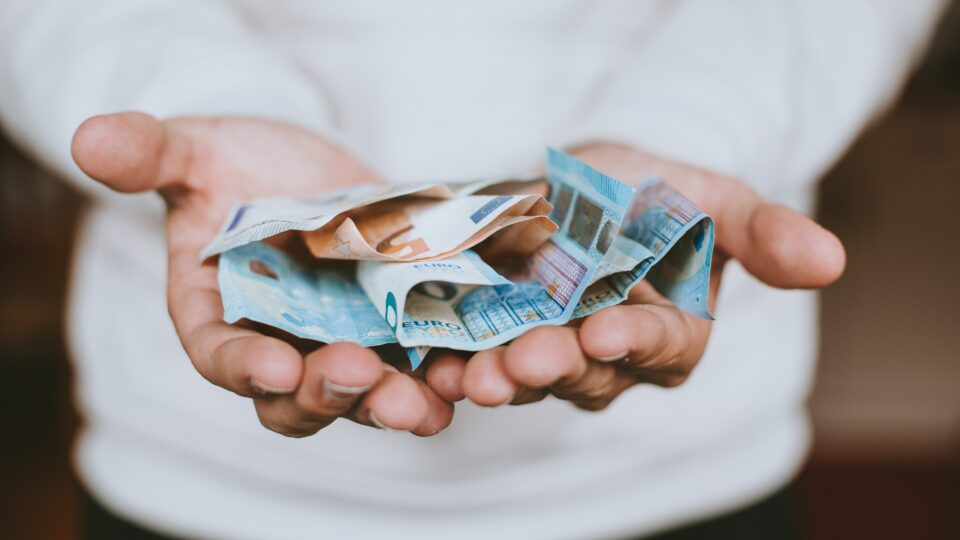 Perhaps it goes without saying, but not all giving is good. It doesn’t take much travel around the world to find problems with Christian charity. I recall my second trip to Haiti to teach at a small Bible institute in Croix-des-Bouquets, a large suburb of the capital, Port-au-Prince. While there, I stayed at a guesthouse that caters to short-term ministry workers such as myself. Not long after my arrival, a group of Americans showed up with a dozen duffel bags loaded with gifts for children.

After the evening meal, the group rearranged the dinner tables and began organizing their materials. When I made my way to my room, I walked past their workstation. One eight-foot table was covered in Ziploc bags full of sugary treats—Starburst, Jolly Ranchers, and Werther’s—presumably any candy that wouldn’t melt in the Haitian sun. The next table had its own set of plastic baggies. But these were stocked with toothbrushes, floss, and toothpaste—presumably to clean the teeth of Haitian children consuming copious amounts of American candy. As I entered my room, I couldn’t help but shake my head in confusion and frustration.

To some, that group’s gifts might seem innocuous, and certainly their intentions were innocent. But their good deed provides a small taste of what’s come to be known as “toxic charity”—and the destructive dependence it leaves in its wake. Increasingly, Christian missionaries as well as secular humanitarians are recognizing how giving from outside sources often does more harm than good.[1] Whether it’s inundating a country with donations of used clothing and thereby disrupting local textile manufacturing, or creating a market for international adoptions that give rise to disreputable orphanages engaged in child-trafficking, the state of global charity is in disarray. And when you add the explosion of missionary “amateurization”—sending untrained and inexperienced twenty-somethings to address complex issues of poverty and public medicine—the results can be disgraceful, if not deadly.[2] However, that’s not to say that charity isn’t fraught with problems even when professionals are involved.

In 2011, a massive earthquake just outside Van, Turkey, leveled scores of buildings and killed hundreds of people. Almost overnight, an international, multi-agency relief effort began to take shape. By the time I arrived, many of the survivors were living in tents, afraid to return to their homes. Meanwhile, a local church building had transformed into a soup kitchen and the staging area for over a dozen volunteers from all over the world. Initially, I worked alongside a believing Turkish physician and a Canadian engineer. We traveled throughout the city checking homes and apartment blocks for their structural integrity while also providing tent-dwelling families with needed primary care and prescriptions.

Later, I was asked to coordinate teams of medical professionals traveling to the region. But sadly, as we sought to address the suffering all around us, the church developed symptoms of unhealth from within. Local leaders clashed over questions related to the collection and distribution of funds. The earthquake had exposed cracks in the believing community. Everyone was already on edge. But then the arrival of foreign investment produced disastrous aftershocks that left the structural integrity of the local church in question.

Of course, it’s well beyond the scope of this book to address all the challenges to Christian charity, including the divisions it can create. Instead, I raise the issue because of the boomerang effect it can have on giving. Just as no one wants a few bucks donated on the side of the road to feed an unhealthy addiction, none of us wants millions of dollars in international benevolence to foster an equally damaging dependence, even if it’s for positive provisions such as schools, or shoes, or even Skittles. Add to that our growing recognition of the historic problem of paternalism within missions—doing for others what they can and should do for themselves—and the West’s willingness to give to the needs of the global poor has the potential to fall on hard times.

It may seem counterintuitive, but in my experience, missionaries are at the greatest risk of becoming cynical, insensitive, and reticent to give. We’ve seen firsthand the harmfulness of charity. We also likely know some of poverty’s complexity. Perhaps we’ve personally experienced the corrosive effect of money on relationships. As a result, we don’t want to incentivize the gospel in a way that creates false followers, and we don’t want to start ministries that overly rely on foreign funds. When every new believer expects help with a job, and every new congregation assumes help with a building, it creates a model that isn’t reproducible. Too often the influx of outside money creates internal divisions and sets locals up for failure when the well runs dry.

Despite all these legitimate challenges, I’m also concerned for the indifference I’ve felt as a missionary toward the financial needs of my brothers and sisters in Christ. On occasion, I’ve chosen not to intervene in a situation of genuine need, then soothed my conscience with my knowledge of the dangers of a “handout.” In an effort to avoid dependence, I’ve operated with a mindset of radical independence, keeping the sufferings of my fellow believers at arm’s length.

However, if we’re inclined to completely avoid the perils of introducing foreign funds into the national church, we must ultimately reckon with Paul’s offering for the impoverished and suffering believers in Jerusalem. Of course, we don’t know if this was more than a one-time gift. Paul wasn’t necessarily creating a cycle of dependence or the expectation for ongoing support. But this financial offering was clearly one-directional. The Jerusalem church could only be expected to repay in thanks. It’s also safe to  assume they didn’t have a detailed system for reporting the full use of monies given. The Corinthians, therefore, had to give in vulnerability and trust, without knowing the results.

What the Jerusalem collection suggests is that we cannot entirely eliminate the dangers of dependence and still fulfill the biblical command of brotherly love. Relying on others is to be expected when you’re family. Taking disproportionate responsibility for the material needs of others is what life looks like in the household of God.[3] Since Paul believes that Gentiles and Jews are now members of the same family and children of the same Father, it makes perfect sense for him to call for an offering for the suffering Jerusalem church from fellow believers scattered across the Mediterranean.[4] Gentiles and Jews now have a shared kinship; they’re citizens of the same nation. Paul’s collection, therefore, is intended to promote the positive unity of the worldwide church.[5] They should have all things in common (cf. Acts 2:44).

If we apply this to our own day, then surely those of us Christians from wealthier nations bear the responsibility to care for the needs of our suffering family around the world. This means we will need to accept some level of disproportionate dependence.[6] Of course, we still must be careful not to give in ways that cause harm, in ways that demean national believers or overlook their skills and resources, in ways that set them up for failure or are inherently distrustful. But the only way to do so is through relationships that rely on one another in a healthy (if lopsided) interdependence. In the end, we must reckon with the impetus for the Jerusalem offering where Paul “expects those of us who ‘have’ to share with our Christian brothers and sisters who ‘have not’ (2 Cor. 8:13–14).”[7] If we aren’t willing to provide for the needs of our family, what does that say about us (cf. 1 Tim. 5:8)?

**Content taken from Mission Affirmed by Elliot Clark, ©2022. Used by permission of Crossway, a publishing ministry of Good News Publishers.

[1] See Steve Corbett and Brian Fikkert, When Helping Hurts: How to Alleviate Poverty without Hurting the Poor . . . and Yourself (Chicago: Moody, 2014).

[2] For an example from Uganda, see Ariel Levy, “A Missionary on Trial,” The New Yorker, https://www.newyorker.com/.

[4] “This great collection project, so long in the planning, drew together two of his guiding passions, two strands of hope and ambition that had been central since at least the late 40s. First, ‘Remember the poor’! Second, ‘There is no longer Jew or Greek . . . in the Messiah, Jesus.’” See Wright, Paul, 340.

[5] “Paul gives expression to his belief in a worldwide covenant fraternity, for which the constituent members had obligations of reciprocity.” See Paul Barnett, The Second Epistle to the Corinthians (Grand Rapids, MI: Eerdmans, 1997), 447.

[6] “Perhaps we Western Christians need to worry a bit less about creating one-sided dependency and more on creating friendships that hold hands (have strings attached). This of course, means both parties relying on the other.” See E. Randolph Richards and Richard James, Misreading Scripture with Individualist Eyes: Patronage, Honor, and Shame in the Biblical World (Downers Grove, IL: IVP, 2020), 84.

Elliot Clark (MDiv, The Southern Baptist Theological Seminary) served in Central Asia as a cross-cultural church planter along with his wife and children. He works with Training Leaders International, equipping indigenous church leaders overseas and diaspora pastors within the U.S. He is the author of Evangelism as Exiles: Life on Mission as Strangers in Our Own Land (TGC, 2019) and Mission Affirmed: Recovering the Missionary Motivation of Paul (Crossway, 2022).