The Transformed Desires of the Remarkable Ann Judson 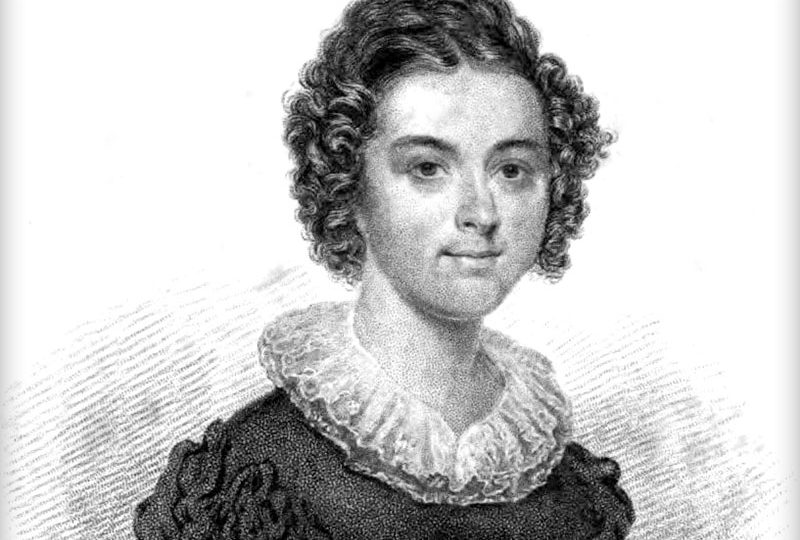 Editor’s note: This piece is part of a series that seeks to answer a single question: How have missionaries in the past understood “calling”? At Reaching & Teaching, we’re convinced that this topic is perennially misunderstood among Christians in general and missionaries in particular. It seems the present has fogged our perception, and so we’re looking to the past for clarity. You can read Ryan Robertson’s introductory piece here and the rest here.

Adoniram Judson was a remarkable missionary, and during his first 14 years in Burma, he labored alongside an equally remarkable woman: Ann Hasseltine Judson.

The youngest of five children, Ann grew up as the family favorite. She was outgoing and charming, and even wrote in her own diary prior to her conversion that she often thought of herself as “one of the happiest creatures on earth.”[1]

After she became a Christian, Ann no longer pursued her own popularity. She concerned herself with the glory of God. But she nonetheless remained contagiously happy. Her infectious personality became a tremendous help in later years, particularly as she and Adoniram sought to secure the favor of the Burmese government. She was both winsome and sharp—she applied her mind to understanding the Scriptures and teaching them effectively to those around her.

Ann’s opportunity to go to Burma came in a rather unusual way: a marriage proposal. When Adoniram asked her to be his wife, she knew that he was also asking her to move halfway around the world for a life of missionary service.

This was a somewhat ridiculous request. After all, she’d only recently met the young man. Nevertheless, he persisted—and with commendable clarity. He even wrote to her parents,

Neither Ann nor her parents were left wondering about Adoniram’s intentions. Of course, Ann’s parents obliged. A mere thirteen days after the wedding, Adoniram and the Hasseltines’ outgoing and charming daughter boarded a boat headed to Calcutta.

Ann’s opportunity to go overseas couldn’t have been clearer, and her gifting was quite evident, too. But the third facet of calling—desire—proved a bit more complicated. What changed Ann’s desires to so quickly and decisively leave everything she knew for the sake of the lost?

Thankfully, through both personal testimony about her and through her own journal entries, we can answer this question.

Overwhelming Gratitude for the Gospel

The gospel of Jesus remarkably transformed Ann’s life. She found great delight in thinking and talking about her newfound communion with God. Soon after her conversion, at the age of sixteen, she wrote in her journal, “My chief happiness now consisted in contemplating the moral perfections of the glorious God. . . . I lost all disposition to murmur at any providence, assured that such a Being could not err in any dispensation.”[2] Her love for God was contagious, and those who knew her were struck by the transformation in her life. One of her friends wrote about her, “Redeeming love . . . was now her theme. One might spend days with her, without hearing any other subject reverted to.”[3] It’s clear from Ann’s journal entries that nothing brought her more joy than the Lord who had redeemed her.

Regular Prayer for the Lost

Upon encountering the Lord, Ann became a woman of prayer. A few years after Ann’s conversion, she recorded in her journal, “Have spent this evening in prayer for quickening grace. Felt my heart enlarged to pray for spiritual blessings for myself, my friends, the church at large, the heathen world, and the African slaves. Felt a willingness to give myself away to Christ, to be disposed of as he pleases.”[4] Ann understood the connection between the desire for God’s glory in the world and the desire for the lost to come to hear about him and to believe in him. Shortly after receiving a marriage proposal from Adoniram, she wrote in her journal in 1810: “When I get near to God, and discern the excellence of the character of the Lord Jesus, and especially his power and willingness to save, I feel desirous, that the whole world should become acquainted with this Savior.”[5] Ann’s discipline to think on the glory of God and to discern his character, naturally led to a fervent desire for those who had not tasted the goodness of God to hear the glory of the gospel.

Ann stoked her desire to take the gospel to the lost by learning more about the lost. By 1803, the Baptist Missionary Society had formed in Massachusetts. Ann’s family hosted many of its members in their home. During these gatherings, individuals would share about missionary work in places across the globe.

Ann also read about missionary work. A year before preparing to go, she recorded in her journal, “Have had some enjoyment in reading the life of David Brainerd [pioneer missionary to the North American Indians]. It had a tendency to humble me, and excited desires to live as near to God, as that holy man did.” As Ann learned more of the needs and opportunities around the world, she quickly developed a deep burden to give her life to such a cause. She longed for people everywhere to hear about Jesus.

As Ann and Adoniram were aboard the boat headed for a life of missionary work, she wrote in her journal, “O for a heart to live near to God, and serve him faithfully. I need nothing so much as ardent piety. I should feel happy in the consideration of having left my native land, and my father’s house, if, by making this sacrifice, the kingdom of Christ would be promoted. May it be my great object to live a useful, holy life, and prepare to die a peaceful death.”[6]

Ann’s prayer must not be underestimated. Considered by some to be the first female American missionary, she had a tremendous impact on the Burmese community that’s still felt today. She adopted several local orphans and educated women and children. She led Bible studies and worked with Adoniram to start a small church. She translated the Gospel of Matthew into Thai and a catechism into Burmese. She wrote Address to Females in America to raise awareness and funds for their needs in Burma.

Her impact was tremendous, but so was the cost. She had three pregnancies: one ended in miscarriage on the journey overseas; their son, Roger, died at eight months; and their daughter, Maria, died at two-years-old. They both faced a variety of health concerns—partly because of the change in climate and food, and partly because of their unending zeal for the work.

Ann’s illnesses eventually forced her to return to America for two years. During that time, she recovered and shared with churches across New England about the need for missionary work in Burma. Ann returned to Burma in better health, but Adoniram was arrested shortly thereafter. She spent the next year and a half laboring tirelessly for his care and lobbying for his release.

After concerted effort and prayer, the authorities finally released Adoniram, and they returned home to continue their ministry. Just a few months later, Ann contracted smallpox, and died in 1826, at the age of 37.

It was time for Adoniram to write another letter to Ann’s parents—this time on an entirely different occasion. Adoniram wrote Ann’s mother:

Much she saw and suffered of the evil of this evil world; and eminently was she qualified to relish and enjoy the pure and holy rest into which she had entered. True, she has been taken from a sphere, in which she was singularly qualified, by her natural disposition, her winning manners, her devoted zeal, and her perfect acquaintance with the language, to be extensively serviceable to the cause of Christ; true, she has been torn from her husband’s bleeding heart, and from her darling babe; but infinite wisdom and love have presided, as ever, in this most afflicting dispensation. Faith decides that it is all right, and the decision of faith, eternity will soon confirm.[7]

The particulars of Ann Judson’s life were unique. But the process she went through to confirm her calling is worth noting and even imitating. We all ought to cultivate a deep gratitude for the gospel that spurs us on in regular prayer for the lost. One might say her life was sad and tragic. Perhaps. It was certainly cut short. But it was also remarkable, for she was abundantly full of grace, transformed by the Holy Spirit. 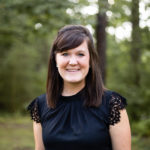 Rachel Ware serves as Director of Women's Mobilization at Reaching & Teaching. She graduated from Union University in 2009 with a B.A. in Christian Studies, and served as the Director of Discipleship for women at Union for several years. In 2016, she received a Masters of Divinity from Southern Seminary. She currently resides in Louisville, KY where she loves meeting with women one-on-one and drinking as much coffee as she can.