Hinduism as a Kind of Prosperity Gospel 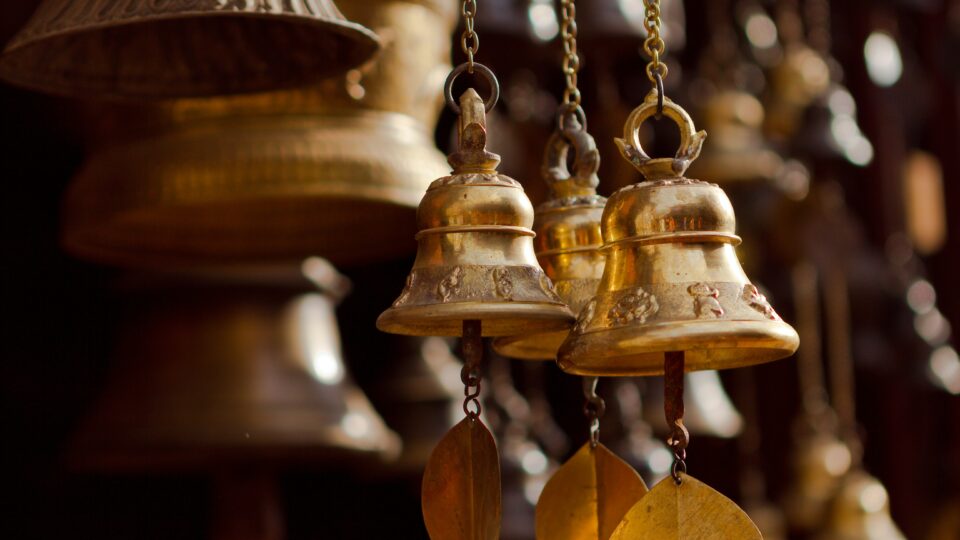 In our first several years in South Asia, we met many Christians. We regularly heard testimonies that went something like this: I or someone close to me was sick/injured/in debt, and someone came and told us to pray in the name of Jesus. We prayed in the name of Jesus and then received relief from our problem. When pressed, some people would talk about sin or the cross, but quite often the whole thing had nothing to do with forgiveness or atonement, but worldly blessing. I recognize that the Lord can use these things to draw people into the kingdom, but those events alone are not salvific.

Around the same time, my wife had begun to meet with a neighbor woman and share the gospel with her. After some time and significant interest, my wife called this woman to follow Jesus and forsake all other gods. This woman said she could leave all others gods but one. She wanted to worship Jesus and Hanuman. She then shared a shockingly similar story. Her family had been in crippling debt. Then a priest came by and offered blessings in the name of Hanuman. After following his prescriptions, they returned to a position of financial strength. For this reason, she couldn’t leave Hanuman behind.

In India, these “Christians” fill young churches; sometimes, they even lead them.

It’s easy to combine so-called Christianity with a Hindu worldview. After all, any religious system apart from the gospel will focus on manipulating the deity in question to affect present outcomes. The allegiance of the devotee is based either on needy desperation for what they don’t have or gratitude for what they’ve already recived.

Though there are certainly examples of pure syncretism between the prosperity gospel and Hinduism—such as the modern Sadhu Sundar Selvaraj—more common is a system that allows someone to call themselves a Christian while thinking like a Hindu. So it’s not often syncretism in the pure sense: a conscious blending of two religions. Instead, the prosperity gospel treats God in a pagan way and thus fails to change how people think about god, sin, forgiveness, and what our faith is actually for. They may exchange many gods for one God, but they never change how they relate to him. They worship him for his power, for what he can do for them—not because of his mercy, his genuine offer of forgiveness or salvation.

It should, perhaps, be stated at the outset that Hinduism is fundamentally pluralistic, and thus there can be little talk of orthodoxy. For the purposes of this article, we will be dealing primarily with popular practice and conception, though even that varies significantly from place to place.

1. Both Hinduism and the prosperity gospel are fundamentally man-centered.

Both the prosperity gospel and popular Hinduism focus on man rather than God. God is a means to get what you want—healing, money, promotion, money, or whatever else. As mentioned in Eric Mullis’ article on how the prosperity gospel syncretizes with Buddhism, one of the hallmarks of the dharmic religions—including Hinduism and Buddhism—is their fundamentally transactional nature: give x, get y. Perform this rite, receive that blessing.

As a result, many Hindus believe they can manipulate, coerce, or put God into their debt. This type of thinking has always been common in animism and polytheism. It’s a distinctly sub-Christian way of thinking about God. However, it is this very way of thinking that draws Hindus with its promises of healing and wealth while failing to call them to repentance or change how they conceive of their relationship with God.

2. Both Hinduism and the prosperity gospel have a myopic focus on immediate results.

According to Paul, “If in Christ we have hope in this life only, we are of all men most to be pitied” (1 Cor. 15:19). That’s an extremely straightforward statement. The Christian faith is particularly future-focused. We are waiting for the return of Christ, the resurrection of the body, and eternity with God. We’re called to live in such a way that would be pitiable if there were no resurrection.

Of course, our God is generous and merciful. So it’s not as though the future-oriented life is entirely miserable in the present. We enjoy a laughable amount of blessings in the here and now. You’re reading this article on a device which would have been unfathomably expensive had it existed when you were born. You’re likely in an air-conditioned room (trying not to be jealous). Yet none of that is why you worship God. In fact, some of those things may even be hindrances to genuine faith.

Folk Hindu practice and the prosperity gospel, however, seem to undermine Paul’s point in 1 Corinthians 15:19. Some Hindu teaching calls people to look forward to the cycle of death and rebirth; that’s when we enjoy liberation—or moksha. But anecdotally, most Hindus I know endure grinding poverty. They’re desperately searching for any immediate help they can get from the gods. In other words, they’re not thinking about the future.

The face of modern Hinduism is men like Ramdev Baba or Sri Sri Ravi Shankar. These “godmen” enjoy fabulous opulence. They’ve built their careers by focusing on the here and now. In this way, they mirror their counterparts in the West—men like Kenneth Copeland, Joel Osteen, and others.

3. Both Hinduism and the prosperity gospel minimize doctrine.

Both popular Hinduism and the prosperity gospel minimize doctrine and emphasize experience. Though there are large bodies of Hindu Scripture such as the Vedas and Puranas, exceedingly few people read them or even have access to them. Furthermore, the larger body of Hinduism contains a vast array of conflicting teaching. There’s polytheism, pantheism, panentheism, monotheism, and atheism. Logically, of course, there are mutually exclusive. In short, there’s no shared orthodoxy.

Similarly, the prosperity gospel barely attempts exegesis, often ignores most of the New Testament, and chooses instead to twist and misinterpret selected passages of the Old Testament. Prosperity preachers regularly appeal to personal experience or special revelation; in doing so, they ignore the Bible altogether. Such a mystical treatment of Scripture fits right in with a Hindu worldview.

While outright syncretism is rare, these shared features lead many churches in India ill-equipped to call people to true repentance and disciple them to maturity. Anyone who wants to minister in a South Asian context should deeply consider what the Bible calls us to. Furthermore, they must be radically committed to teaching Christ crucified for the forgiveness of sins over and above anything else.

Clyde Davidson has been serving as a worker in South Asia for the past six years. He serves as an elder at a local church and is working to raise up local shepherds through theological education and discipleship. He and his wife have three children.