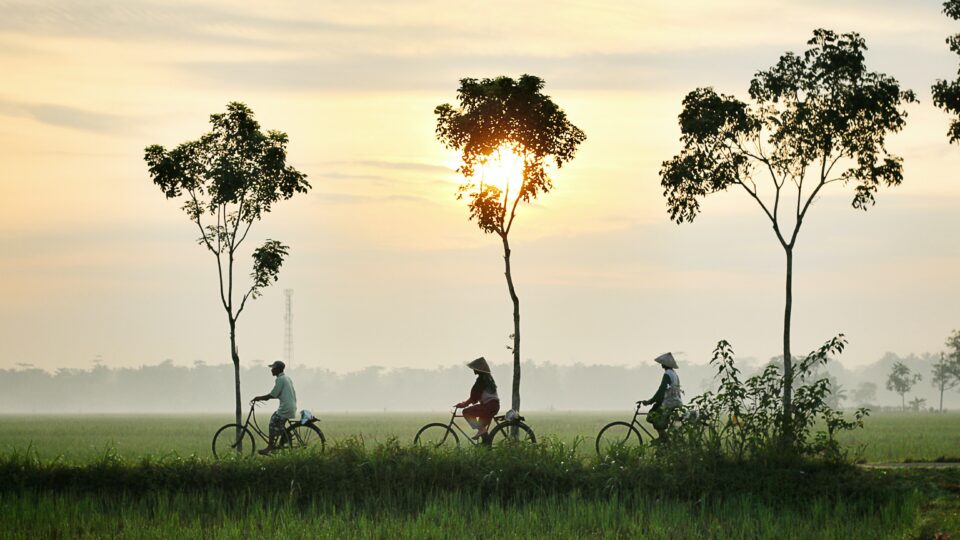 As a Christian expat who lives in Southeast Asia and has served in the church for the last decade, allow me to share a few tips for evangelism in Honor-Shame cultures that I’ve learned from being a student of God’s Word of my adoptive home.

The traditional and therefore most popular evangelistic approaches in Southeast Asia rely too heavily upon worldview assumptions. Most of these approaches (Evangelism Explosion, 4 Spiritual Laws, etc.) come out of the West. They largely succeeded there primarily because they relied on shared cultural understandings of God, man, sin, righteousness, and heaven and hell. But Southeast Asians people approach religious conversations with different religious presuppositions. They’re influenced by Buddhism, Daoism, and the Southeast Asian cult of ancestors.

Instead of relying easily misunderstood tools, let me suggest allowing the narrative of the Bible to do the heavy lifting in our evangelism. This starts by inviting your friends to read and discuss the first several chapters of Genesis (at least Genesis 1–3). This approach offers two great advantages: First, it allows for you—in the context of the biblical story—to define many of the mostcrucial terms necessary for understanding the gospel. From Genesis 1–3 alone, we find opportunities to explain creation, God as Creator, man as created in God’s image, faith, sin, guilt, shame, grace, substitutionary atonement, and even the promise of the coming Son.

Second, far from being man’s words; the Bible is God’s word and as such has power that our techniques simply cannot have. Just as God’s voice in Genesis 1 brought creation into being, so too did his proclaimed word in Acts 2 through Peter bring 3,000 new creations into being. God’s Word read, explained, and applied is the most powerful tool in any evangelist’s tool belt.

So take your friends to the source. The entire Bible is centered on the person and work of Jesus. This may take longer than a quick hit evangelistic encounter or a single evangelistic sermon, but the gospel came to us in the context of a story, so let the power of the story have its effect.

Some missionaries say that if we want to reach Honor-Shame cultures like Southeast Asia, then we must present a gospel that centers on God removing our shame on the cross and underemphasizes our guilt that made the cross necessary. Since many Eastern cultures don’t operate from a Guilt-Innocence worldview, they objectively cannot comprehend a message that says God’s wrath needs to be satisfied in order for us legal guilty people to be justly declared righteous.

Though well-intentioned, this assumption misunderstands both Southeast Asian culture and biblical theology. First of all, the concept of justice is engrained everywhere in Southeast Asian culture, most fundamentally in the cultural conception of Karma, the cosmic force that’s responsible for righting wrongs and maintaining order and fairness in the universe. While this concept of justice is obviously different from a Christian worldview, it nonetheless can function as a bridge across which we can connect their worldview to a biblical understanding of guilt, justice, innocence, and atonement.

But more fundamentally, in the Bible shame is never divorced from objective legal guilt. Consider briefly Genesis 2 and 3. Adam and Eve’s shame and fear stems from their guilt in breaking God’s command. In Genesis 2:25, before they’ve sinned, we’re told that Adam and Eve are “naked and were not ashamed.” After they’ve sinned, although they’d always been naked, suddenly they knew they were naked (3:7). This implies that shame is a result of objective guilt, perhaps even a physical manifestation of the legal position they now hold. So too is the fear they now feel in God’s presence (3:10). Because of this, their attempts in Genesis 3:7 to cover themselves with fig-leaves is an attempt to cover both their tangible shame and intangible guilt.

Yet even in Genesis 3 we see the beginning of the pattern for how God deals with our shame, fear, and guilt. While Genesis 3:15 provides hope for humanity in the expectation of a savior who will bring shame and death upon the Serpent, in 3:21 we see how God deals with Adam and Eve’s immediate need for justification through the death of an unnamed animal and the covering of their nudity. In the early chapters of Scripture, the Lord is paving the way for how he will fix our guilt-shame problem. An innocent animal dies for the guilty. This biblical pattern of sacrifice is spelled out more explicitly in Exodus and Leviticus and of course comes to its fulfillment in the guilt-covering, shame-obliterating death of Jesus on the cross.

So what’s this have to do with evangelism in Southeast Asia? If we want to unlock the chains of fear and shame that many Southeast Asians feel, then we must help them reframe how they understand their broken relationship with God. The only way for that shame and fear to be truly dealt with is not by following Buddhism’s Eightfold Path. It’s not by fulfilling all duties of Confucianism. And it’s definitely not by making sure all wandering spirits are fed. Instead, we needed God to do something to repair the rift. We needed the cross of Jesus Christ.

Far from being a cold mechanical function of the universe like Karma, God’s justice is intimate and personal and abounding in steadfast love. In fact, he pays our penalty himself by bearing our shame and facing the death we deserved so that we might know the joy of a restored relationship with our Creator.

Much more that can be said on this subject. But to restate it simply, we cannot declare the gospel in Southeast Asia or anywhere else apart from explaining the propitiation of our guilt in the death of the Son of God, Jesus Christ.