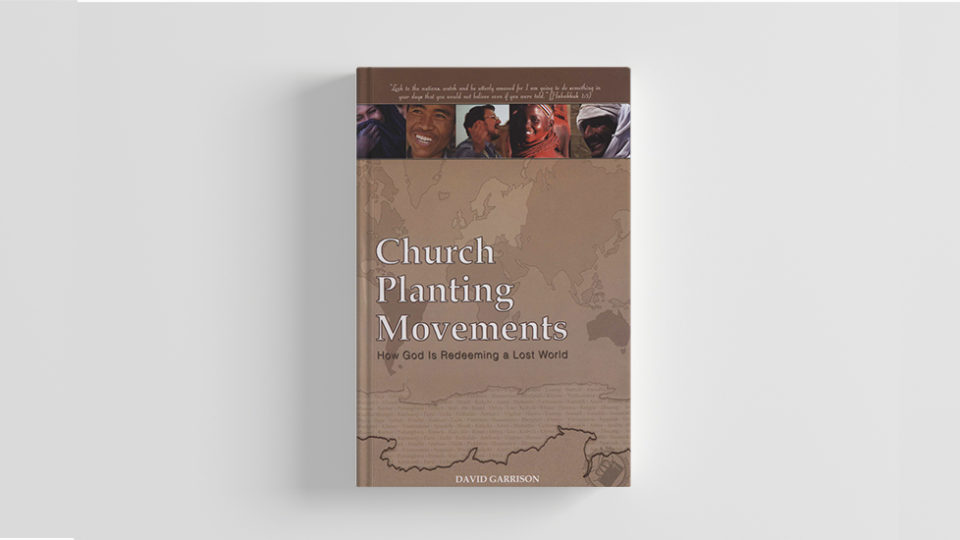 David Garrison paints a compelling picture for how God may be working among the nations to bring many to himself through Church Planting Movements (hereafter CPM). That’s the simple goal of his popular book: Church Planting Movements: How God Is Redeeming a Lost World. The book is divided into two parts. The first half gives some definitions and introduction, and then looks at several CPMs around the world. The second half guides the reader as they pursue CPMs.

For the most part, Garrison claims to be descriptive in his examination of CPMs around the world. At the same time, he does devote two chapters to various characteristics that are present in all or most CPMs. These chapters are heavily didactic, and seem to say that CPMs can be re-created.

I have many concerns with this book, even as I appreciated some of its lessons. In missions circles, the rhetoric around CPMs often gets heated. So I must say at the start: I’m discussing Garrison’s words as a fellow brother in Christ. Garrison earnestly desires for the nations to erupt in praise to God and to see healthy churches planted among all peoples. We share in this desire, even if we differ on the best and most biblical approach.

Let’s start with the positives.

Even overseas gospel workers are tempted to grow lazy in our prayer lives. But personal holiness and fervent prayer should be non-negotiable for anyone who hopes to work in ministry.

Garrison tells a story of a brother who led a CPM in China and was committed to a minimum of two hours daily in prayer. I don’t agree with everything in the CPM model—nor am I going to prescribe a certain amount of time gospel workers must spend in prayer each day. Nonetheless, it’s evident that the Lord loves to mightily answer the prayers of his people.

I think of some of our dearest friends, a family with another organization who had a similar commitment to spend at least an hour per day in prayer and Bible reading. They passionately embraced CPM methodology. Though we disagree, our shared commitment to Christ has laid a foundation for deep mutual love and respect.

Throughout the book, Garrison highlights the need for both locally acceptable forms of worship and indigenous leadership. Of course we don’t have the liberty to change the message of the gospel, but a new church is unlikely to succeed if it’s unnecessarily encumbered with by foreign forms of worship, traditions, and language. Garrison also mentions that a budding church plant can suffer due to an overreliance on foreign funding.

In my opinion, Garrison at times overemphasizes the need for indigeneity. After all, both the gospel message and Christian gatherings must be in some sense countercultural. Nonetheless, his general point stands. Missionaries need great wisdom when it comes to topics like this.

There’s much that we can learn from Garrison’s book. Unfortunately, many of its key arguments are built on weak exegesis, eisegesis, and logical fallacies. I could boil down my main concern to a few simple questions: Is our goal biblical fidelity or speed? In lean seasons, when we don’t see conversions, how should we evaluate ourselves? Does a lack of results mean a lack of faithfulness? To be sure, you can have both faithfulness and speedy success. But while a work aiming for biblical faithfulness may at times speed ahead, a work aiming for speed is unlikely to remain deeply biblical.

Garrison’s errors almost always have to do with his overemphasis on speed. My dearest hope is to see healthy churches planted among the people we serve. I want these churches to become hubs for deep discipleship. I want them to become church-planting churches, sending people to the communities around them so that where they live will be filled with faithful, gospel-proclaiming, multiplying churches.

I’d be happy to call this a “Church Planting Movement.” But I’m not sure Garrison would: “A Church Planting Movement is a rapid multiplication of indigenous churches planting churches that sweeps through a people group or population segment”[1]. If you take out one word—“rapid”—then our aims are similar, even identical. But Garrison insists that rapidity must be present in every CPM. Somewhat predictably, he then limits his book’s data set with examples that only agree with his thesis.

At the core of what I hope to do as a missionary—and at the core of what Reaching and Teaching hopes to do as a sending organization—is to facilitate the planting of healthy churches that are led by biblically qualified men who serve as elders and church planters among the unreached. This matches the aim of both the Great Commission in particular and the New Testament in general.

In the passages that most clearly outline the qualifications for church leaders—one of which is found in Titus, who is a frontier missionary on Crete—it’s clear that elders need to be men who are not new converts and capable to teach. Titus 1:9 says, “[An overseer] must hold firm to the trustworthy word as taught, so that he may be able to give instruction in sound doctrine and also to rebuke those who contradict it.”

How long does this take? A year? Three years? Ten years? The answer will be different in every case. Nonetheless, it takes time. In order to both teach truth and combat error requires someone to be deeply acquaintanced with God’s Word, a process that simply cannot be rushed. Garrison defends his view by saying, “If heresies do occur they are confined by the small size of the house church. Like a leak that appears in the hull of a great ship, the heresy can be sealed off in a single compartment without endangering the whole.”[2] Two thoughts come to mind when I read this. First, why allow heresies in the first place? Second, I’m no shipwright, so his illustration may hold water. But the one shipwreck I can describe in detail—the Titanic, the most famous shipwreck in history—happened just this way! The unsinkable ship sunk on her maiden voyage because of the hubris that said, “Don’t worry! Our hull is compartmentalized!”

Even as we agree with Garrison’s emphasis on local leadership and indigenous forms of worship, he does little to guard against some parties who would reject biblical norms such as non-indigenous biblically qualified leadership and the centrality of the preached Word in the name of “contextualization.”

Finally, though I know Scripture is the ultimate barometer, I feel obliged to evaluate Garrison’s method by his own preferred yardstick: results. For the last six years, we have labored in South Asia, which is more or less the backyard of many CPMs. The results we’ve seen have been mixed at best. There has absolutely been widespread proclamation, which is worth celebrating. But often, the messages I’ve heard fall short of the true gospel. They sometimes focus on promises of wealth and blessing, and then over time people fall away because they feel they didn’t get what they were promised.

I want to be clear: I don’t mean at all to say that Garrison and those who practice CPM methodology are prosperity preachers. But I do mean the CPM methodology allows error to creep in very quickly because it rarely makes room for patient discipling and deep teaching. Theological entropy only moves in one direction.

Bihar, the home to the Bhojpuri CPM, continues to be one of the most unreached places in India. Speakers of Bhojpuri and related dialects remain unreached. Many—perhaps most—of the people who professed faith after their exposure to models like this are either assimilated into existing churches, or they’ve fallen away. CPMs promise great results, and in some cases those results are achieved. But more often than not, they fall short of their claims. The methodology demands much of its practitioners but rarely has the depth and strength to deliver on promises.

Sadly, I’ve seen this up close. The church I currently pastor was originally formed through someone practicing Four Fields. Within a few months, there was a congregation of 40 baptized people. We moved to this town a few months later. Unfortunately, that group had dwindled to a rag-tag band of four. These four were genuinely converted, but had little spiritual maturity or biblical knowledge. They also constantly fought with one another.

Over the years, we’ve seen developing growth and depth, but it’s taken a lot of time and teaching. You might be wondering: What happened to the other 36 people? Some disappeared, some returned to Hinduism, and some became hardened because the perceived promises of riches and blessing came to naught.

I’m grateful that Garrison is passionate about the nations, prayer, and personal holiness. I’m grateful he wants to see churches planted, and that he dreams big. I need more of that. You probably need more of that. Nonetheless, we ought to reject Garrison’s overemphasis on speed. The Lord of the harvest will give speed when He pleases, but you and I have been called to faithfulness.

If you want to serve as a missionary in 2021 and beyond, then you need to be conversant in these ideas regardless of where you land. Garrison’s book and its associated strategies and methodologies have gained massive influence, particularly in larger, church-planting focused organizations. Unfortunately, I can’t recommend it. The harms outweigh the benefits.