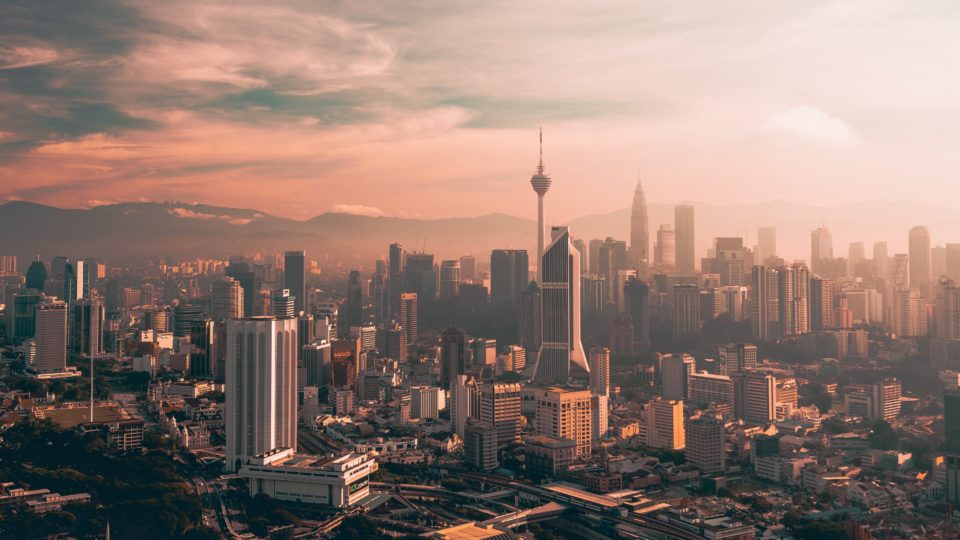 THE HARVEST IS PLENTIFUL

Two weeks after arriving in Malaysia, my wife met a woman in an elevator who was looking for God. Earlier that day, the woman in the elevator had written out a prayer on a canvas. She begged an unknown god to show her the true way to him.

A few hours later, while standing in an elevator, she struck up a conversation with my wife. In the midst of that conversation, my wife realized her fellow elevator passenger was from a country in the Middle East where it’s illegal to be a Christian. The only reason my wife was in that particular elevator at that particular time is because our son had accidentally left his books at school. She went to pick them up, and she needed to get on the elevator in order to do so.

A few days later, they met at a coffee shop and my wife mentioned that she was a Christian. The woman asked my wife, “Is the path you follow, is it only one way to God?” My wife said, “Yes,” and the woman told my wife, “You are supposed to show me the true way to God! You are the answer to my prayer!”

“After that initial meeting at the coffee shop, my wife and I began to meet weekly with our new friend and her husband to study the Gospel of Mark. They’d heard some stories about Jesus, most of them from an Islamic perspective, but they’d never read the Bible. In fact, I’m not sure they’d ever seen a Bible. Nonetheless, they were hungry for spiritual truth. After our first study, they were supposed to read the first two chapters of Mark over the next week. When we met up again, the husband told us that he had read through the whole Gospel a couple of times—and he came with a list of questions!

Eventually, our friends came to see the glory and beauty and goodness of Jesus. As they understood what he had done for them on the cross, they repented of their sins and found forgiveness and new life. They were soon baptized and became members at our international church. During the first two years in our country, we saw many people from different nations come to faith in Christ. One time, a woman who had never met a Christian before asked us—even before we had a chance to share about our faith—if we would teach her the Bible!

THE WORKERS ARE FEW

If you walk down any street in Malaysia, it wouldn’t be uncommon to see an Islamic mosque on one corner, a Buddhist temple on the next, and a Hindu shrine right in front of you. These places of worship represent the religious diversity of the local citizens. But our country is also full of foreigners: migrant workers, refugees, and international students from all parts of the Middle East and Southeast Asia. They all—both local and foreign—bring their own traditions and practices, which makes our home a melting pot of beliefs, foods, and cultures.

On the one hand, this cornucopia of cultures creates an explosive fusion that you can see in the diverse clothes, taste in the vibrant foods found at mamak stalls, smell in the street-side fruit stands, and hear through the mixture of different languages spoken in the bazaar. Such diversity results in a rich and immersive experience.

On the other hand, the diversity of religious expression reveals an overwhelming lostness. The vast majority of people here worship created idols and gods; they ignore their true Creator. Whether they offer up puja to images made from stone and wood, incense to their ancestors, or rote prayers to an unloving god, they neither worship nor give glory to the God who is worthy of such praise.

Where we live is 3% Christian. Islam remains the official religion. The largest people group, the Malay people, (16 million people) live under Sharia law. It’s illegal for them to convert from Islam. As you can imagine, there are very few known believers among them. Additionally, many of the migrant workers come from some of the least reached peoples in the world.

The lostness in Malaysia is profound—and the workers are few.

Amidst the need for evangelism and disciple-making, we also need to raise up local leaders who can serve as faithful shepherds for indigenous local churches. We know we won’t be able to serve here forever. But local believers will always be here, so we want to spend a major part of our ministry investing in them.

That’s why we teach courses both in a local seminary and other locations throughout our region. We want to equip those who are already fluent in the language and the culture with sound theology. We want to cultivate in them a love for Christ’s bride by teaching them how to be a faithful member of a church. One of the greatest joys of my life is serving in our church and modeling for others what it looks like to be the body of Christ.

This may surprise you: because our country is so diverse, the most common language is English. This makes Malaysia an easier place for Westerners to share the gospel.

Furthermore, because non-majority people enjoy relative freedom to practice their Christian faith, foreigners from hard-to-reach countries can more easily come to faith here and then go back home to some of the least-reached peoples in the world.

It’s our privilege to serve here. The harvest is plentiful. But the workers are few. We pray for more laborers to be sent—for the eternal glory of our great God and the eternal joy of those whom he will call to himself.