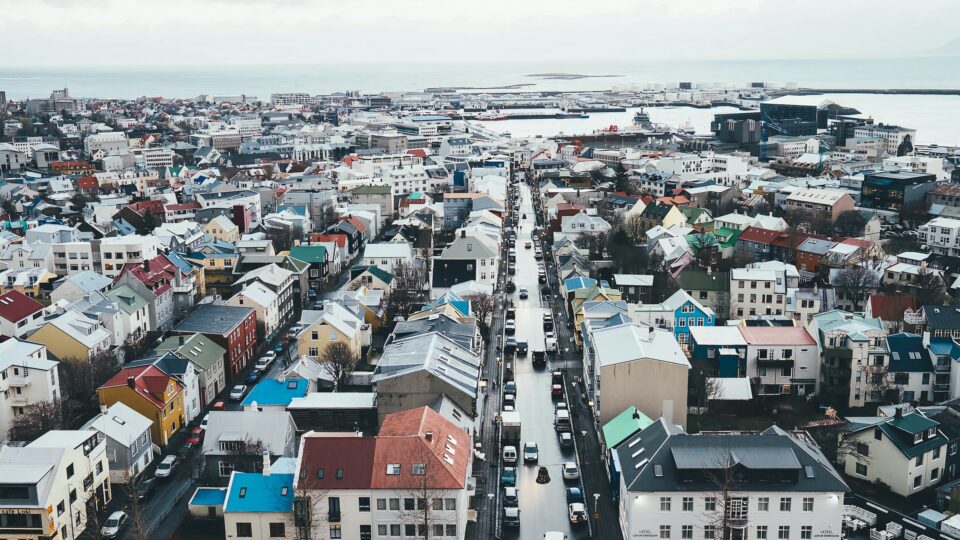 Iceland may not be the end of the world, but you can certainly see the end of the world from there! This sparsely populated nation sits alone in the middle of the north Atlantic Ocean. The rugged landscape features active volcanos, immense glaciers, black sand beaches, and barren highlands. At the height of summer, Iceland receives 24 hours of sunlight; at the height of winter, we get close to 21 hours of darkness. Such is life on the Arctic Circle.

It’s no wonder that, in a land of such extremes, the Icelanders have developed a hardy and determined way of life. They prize themselves for their ability to survive and thrive in any circumstance. In fact, the unofficial slogan of the Icelanders is, “Þetta Reddast,” which loosely translates to, “Everything will work out in the end!”

Though Iceland was originally settled by pagan Vikings, Catholicism arrived around 1000 AD. The country officially converted to Lutheranism during the Reformation; somewhat surprisingly, to this day 63% of the population are registered members of The Evangelical Lutheran Church of Iceland. Sadly, the progressive Icelandic culture regularly rejects and clashes with the historic Christian faith and practice. As with many national European churches, the Icelandic church has greatly departed from sound biblical teaching. For example, the children’s Easter program distributed by the state church in 2020 prominently featured a “transgender Jesus.” Earlier this year, a coalition of Icelandic bishops released a statement arguing that those who promote pro-life causes are clearly under the influence of a cultic mindset. Several Icelandic clergy are self-professed atheists.

Historic church buildings can be found all throughout the nation, but most of them stand as empty shells of a bygone era. Though most Icelanders are baptized as infants, many will never step foot inside church. Even those who remain registered members of the state church rarely claim any sort of religious identity. For example, a recent national survey found that, of those polled aged 30 and under, exactly 0.0% claimed to believe in a Creator God. A vast majority said they were either atheistic or simply uninterested in anything religious or spiritual. When asked about their views on life’s biggest questions, many Icelanders will reply with a hearty, “Þetta Reddast!” and then move onto a different subject.

In reality, about 0.03% of Icelanders consider themselves to be Bible-believing Christians, which adds up to around 200 people. As best I can tell, only three or four churches in the entire country preach any semblance of the true gospel. To state the obvious, Iceland is the least evangelized nation in Europe—physically dark, yes, but even more so spiritually dark.

As followers of Christ, we know that Jesus is the only solution to our enslavement to sin and our separation from God. Being united to Christ through his death, burial, and resurrection is our only source of true, deep, and lasting purpose. Everyone else must find their identity in other things: relationships, success, pleasure, etc. When someone builds their life on these fragile foundations, they’re always at risk of seeing their world collapse. Iceland is full of people on the verge of collapse.

We have confidence that God has not abandoned Iceland! He is at work. Through a few faithful local churches, God is using his people to spread the gospel throughout the nation with the goal of seeing new churches planted and new souls won to Christ. Within the past decade, a church planting network called The Iceland Project has been working to see Iceland reached with the gospel. The Iceland Project’s first priority is to plant healthy, gospel-centered, Christ-exalting churches. Secondly, they seek to provide theological education, financial support, and other resources to future church planters and gospel ministers. It is our great joy to be able to join our Icelandic brothers and sisters in evangelism and discipleship.

Gospel ministry in Iceland is often like a long slog up a glacial mountain peak. The work is slow and arduous, but seeing men and women saved by God’s grace is worth every challenge. In the long winter months, the night sky of Iceland is often lit up by the majestic beauty of the Northern Lights. This display of the Creator’s power illuminates the stark landscape against the night sky. Just as these lights provide a radiance that punctuates the long nights, can the spiritual darkness of Iceland also be permeated by the light of Christ? 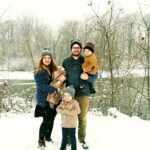 Dale and Linnea Kellar were both raised in the Detroit area. They are currently raising support for long-term missions work in Reykjavík, Iceland. When they arrive in Iceland, they will be joining the ministry of Loftstofan Baptistakirkja while they continue to pursue ministerial training, language acquisition and cultural acclamation. Dale and Linnea have been married since 2017 and they have three wonderful children: Cedar, Zion and Avonlea. The Kellars are joyfully sent out by Five Points Community Church in Auburn Hills, MI.