“The Least of All Believers”: The Life and Piety of Patrick of Ireland 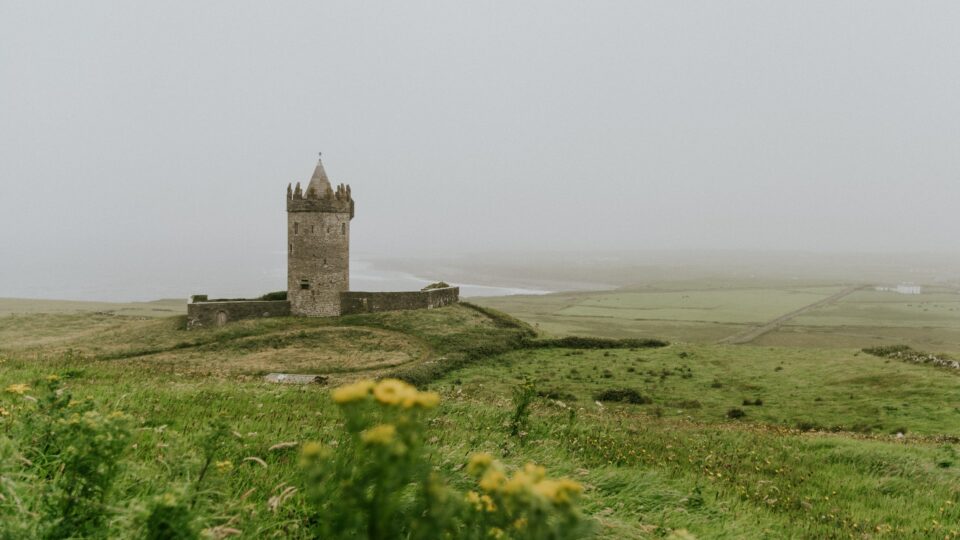 “My name is Patrick. I am a sinner, a simple country person, and the least of all believers.”[1]

These opening words to the Confession by Patrick of Ireland show the heart of this often-misunderstood man. The history of Christian Missions in Ireland is confusing and complicated, but no figure looms larger than Patrick. Unfortunately, Patrick is often associated with pop-culture images of shamrocks, St. Paddy’s Day parades, leprechauns, and gold at the end of a rainbow.

But what about Patrick the theologian, the missionary? My goal is not to defend every bit of Patrick’s theology, calling to ministry, or methodology. Instead, my goal is to tear away some of those presuppositions you might have about Patrick and show you that this man was a passionate believer in Christ and a keen student of the Bible and theology. Simply put, the St. Patrick of history is much different than the St. Patrick of popular imagination. Hopefully these brief reflections will encourage us as we seek to live to the glory of God, and maybe even take his gospel to nations other than our own.

Patrick (or “Saint Patrick” depending on your preference) was one of those people whose life, if it were a movie, might seem made up. The historical record is blurry, and there are all kinds of apocryphal stories. But we’re also blessed to have a first-hand account of Patrick’s life: his autobiographical Confession. From what we know, Patrick was from somewhere in Britain, perhaps Scotland or Wales (scholars tend to argue). He was born in the late 4th century. Though he was raised in a third-generation Christian home, he showed little interest in the faith. His Christian upbringing may have been somewhat nominal. He was probably also upper or upper-middle class due to his knowledge of Latin, although he regularly reminds his readers that he wished he had a better education.[2] This reminder seems sincere, as Patrick’s writing looks and feels like something written by a young teenager. While this may seem like a negative, it actually helped Patrick’s writings to be concrete and easily understood. He had little time—and perhaps ability!—for abstract thought or beautiful analogies.[3]

At 16, while working on his father’s farm, a band of Irish raiders seized Patrick and took him to Ireland as a slave. It was there that God saved him. After some time in Ireland, he managed to make his way back to Britain as a free man. While it’s not clear what Patrick was up to during this time, we do know that he received some training for ministry. Eventually, at around 40 years old, Patrick would return to Ireland to evangelize his former captors. Patrick would remain in Ireland for around 30 years until his death in c. 461.[4]

Talking about Patrick to modern Evangelicals can be complicated because they assume he has a close relationship with the modern Roman Catholic Church. James Ussher, the Irish Bishop of Armagh in the early 17th century, argued that it was not the Roman Catholics that can claim Patrick as their own, but rather the churches of the Reformation.[5] Let’s look at two passages from Patrick’s Confession, which show his theology seems far closer to the Reformation than to Rome.

First, let’s look at Patrick’s conversion. While enslaved as a teen in Ireland, Patrick was brought to the brink. He said,

It was there that the Lord opened up my awareness of my lack of faith. Even though it came about late, I recognized my failings. So, I turned with all my heart to the Lord my God, and he looked down on my lowliness and had mercy on my youthful ignorance. He guarded me before I knew him, and before I came to wisdom and could distinguish between good and evil. He protected me and consoled me as a father does for his son.[6]

Patrick’s enslavement led to the Lord showing him his lack of faith. It was there that he turned with all his heart to the Lord. He also speaks about how he can see how the Lord was working in him and even protecting him as he looks back on the circumstances of his life. This is a familiar story for many of us who have placed our faith in Jesus Christ. Patrick’s story of coming to the end of himself, only to find his lack of faith and failings before him, is a common conversion story. While recounting his conversion, Patrick sounds like a Christian, doesn’t he? Patrick knew he was saved by putting his faith in Christ. I belabor this point to simply show that pop culture versions of Patrick are nothing like the truth we get here in his own words. Here we see a man who sees his sin, lowliness, and lack of faith and turns to Christ for salvation.

Second, let’s look at Patrick’s trinitarian understanding of the work of God. In section 4 of the Confession, he says,

This is because there is no other God, nor will there ever be, nor was there ever, except God the Father. He is the one who was not begotten, the one without a beginning, the one from whom all beginnings come, the one who holds all things in being – this is our teaching. And his son, Jesus Christ, whom we testify has always been, since before the beginning of this age, with the father in a spiritual way. He was begotten in an indescribable way before every beginning. Everything we can see, and everything beyond our sight, was made through him. He became a human being; and, having overcome death, was welcomed to the heavens to the Father. The Father gave him all power over every being, both heavenly and earthly and beneath the earth. Let every tongue confess that Jesus Christ, in whom we believe and whom we await to come back to us in the near future, is Lord and God. He is judge of the living and of the dead; he rewards every person according to their deeds. He has generously poured on us the Holy Spirit, the gift and promise of immortality, who makes believers and those who listen to be children of God and co-heirs with Christ. This is the one we acknowledge and adore – one God in a trinity of the sacred name.[7]

This is just one of those mic-drop moments. With little commentary you can be edified just by soaking in all of that trinitarian theology. Throughout his writing, Patrick never once references any book other than the Bible, and yet here we have such deep and rich trinitarian theology, without a systematic theology textbook! This should cause us to marvel at Patrick’s insights into the Christian faith.

At the same time, this passage also shows us Patrick’s deep devotion. Clearly, his theology was not divorced from practical Christian living. One cannot help but read something like this and see Patrick’s devotion and love for God pouring out of every phrase. This is not dry theology. For Patrick, theology is devotional.

So, should we associate Patrick with Guinness and shamrocks? If we are to do him justice, surely not. We should associate Patrick with a sweet devotion to the triune God. This is a man whose work emphasized the salvation of sinners, and the need to individually put our faith in Christ. If Patrick is understood rightly, we should see that he looks and sounds a lot more like a modern-day evangelical more than a modern-day Roman Catholic. I would encourage you to get out of your church-history-comfort-zone and read folks from the early church that you have heard about but might misunderstand. Patrick is a great place to start! 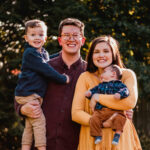 Jared and his wife, Zoe, are being sent from Third Avenue Baptist Church in Louisville, KY to serve at a church revitalization in Belfast, Northern Ireland. After they were married, Jared and Zoe moved from East Tennessee to Springfield, MO where they both got degrees in Biblical Counseling at Baptist Bible College. They then moved to Louisville for Jared to study at The Southern Baptist Theological Seminary. The Mays, along with their two sons, Knox and Callum, will be moving to Belfast in 2022, where they will be involved at Great Victoria Street Baptist Church, a historic church founded in 1811 in city centre Belfast.