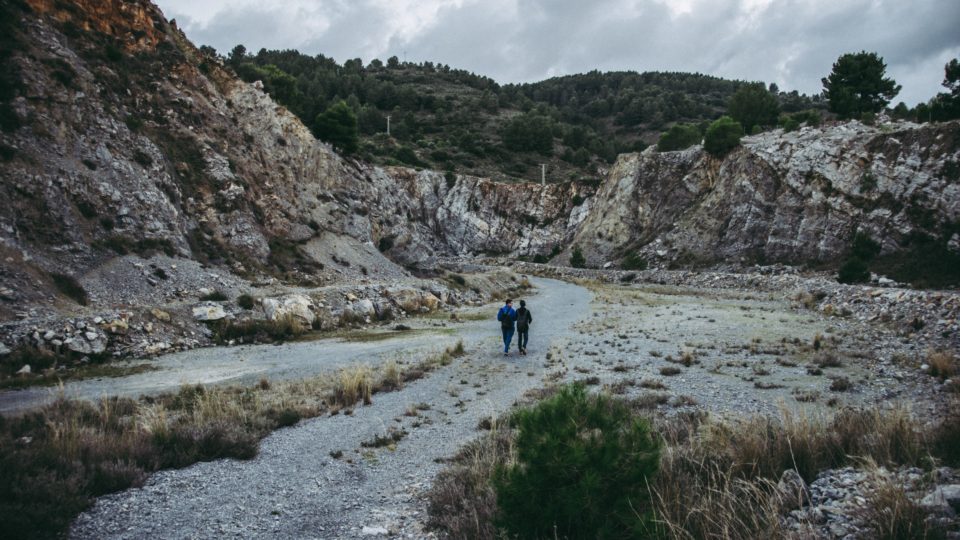 When we arrived on the field to check out a potential short-term teaching site, we were greeted by a beautiful missionary family. They warmly welcomed us with homemade, freshly baked cookies. That day, the jungle didn’t seem so inhospitable. But we had a ticket home. Our happy, cookie-bearing greeters did not.

In fact, this family had just lost their grandfather back home in the States. The funeral happened the day after we arrived. They “attended” via video, too far away to offer an in-person embrace to grieving family members.

When I learned about all this, the white board in the living room suddenly made sense. At the top of the board, someone had scrawled Romans 5:3–4: “But we rejoice in our sufferings, knowing that suffering produces endurance, and endurance produces character, and character produces hope, and hope does not put us to shame.” The words “suffering” and “endurance” were underlined.

This will always be burned into my memory. But a white board covered in biblical truth can only do so much. This family lived in a difficult, secluded area. They were dealing with culture shock, and the grandfather’s death was just the proverbial straw that broke the camel’s back. Again, they didn’t have a ticket home. They were home. But their many years of preparation overlooked the “simple things,” like the sweltering heat of the jungle and the ever-present mud during the rainy season. It was a tough place to call home, and these saints needed something more than a white board.

NEEDED: FRIENDS FROM THE TRENCHES

In short, they needed a friend. We were there, but we’d just met. We were “friends” in ministry, but they needed a close friend—someone from their sending church, someone who’d known them longer than a day-and-a-half.

Shortly after we left, a life-long friend arrived and spent a week there, decorating and painting walls inside the house. This particular trip had been planned for months. No one could have known the circumstances this friend would walk into—no one, that is, except for God. Of course this visit—and all the circumstances around it—were sovereignly ordained from heaven. And the timing couldn’t have been more perfect.

There are several things I learned from this. God cares for missionaries through their sending churches, through their longtime friends from home. The whole event was a beautiful picture of missionary member care. Therefore, local churches must consider how they care for their missionaries.

The friend’s visit almost did not occur. The airline postponed her connecting flight because of volcanic activity. This became a big deal because she didn’t speak the language—nor did she understand the culture. She didn’t know anyone who could help. Eventually, the trip worked out, but being a friend to a missionary takes some tenacity. It takes motivation that’s been cultivated in the trenches of life and ministry together.

I’m reminded of what Paul wrote to Timothy: “May the Lord grant mercy to the household of Onesiphorus, for he often refreshed me and was not ashamed of my chains, but when he arrived in Rome he searched for me earnestly and found me—may the Lord grant him to find mercy from the Lord on that Day!—and you well know all the service he rendered at Ephesus” (2 Timothy 1:16–18).

Paul’s relationship with Onesiphorus most likely began during his ministry at Ephesus. According to Acts 19, Paul’s ministry there lasted over two years and was filled with memorable events—like the seven sons of Sceva, the book burnings, and a riot led by Demetrius the silversmith who was losing his idol-producing business due to the spread of the gospel. Brothers-in-Christ can’t live through such events without turning into a band of brothers. It doesn’t take too much to imagine that Onesiphorus was one of many Ephesians who said farewell to Paul on his way to Jerusalem (Acts 20:38).

Years later, Onesiphorus demonstrated loving tenacity while searching high and low for Paul in Rome (2 Timothy 1:16–18). God in heaven planned this visit to encourage and strengthen Paul, his beloved servant of the cross.

It’s safe to assume that Paul received most of his care from relationships that developed in the everyday ebb and flow of life and ministry. After all, that’s what drove Onesiphorus to tenaciously find and care for Paul.

MEMBER CARE MUST BE PLANNED-FOR

The Lord equips sending churches with people who will care for and encourage missionaries on the field. Sending churches should help identify and highlight such people.

Some churches assign member-care teams to specific missionaries. Other churches rely on an organic network of people who stand by and are ready to help. Regardless of what the specific structure is—whether more formal or informal—churches just need to be aware that some kind of regular care and encouragement is happening.

For more on this topic, check out Mind the Gaps: Engaging the Church in Missionary Care.   This book is full of great ideas for getting started in missionary care. But the key is simple: develop growing relationships with your missionaries. You can’t care for people you don’t actually know, regardless of how much money you send them per month. Mind the Gaps recommends several ways to consistently connect with missionaries.

Caring for your missionary is both vital and rewarding. In his book Band of Brothers, here’s how Stephen Ambrose writes of the soldiers in Easy Company: “They also found in combat the closest brotherhood they ever knew. They found selflessness. They found they could love the other guy in their foxhole more than themselves. They found that in war, men who loved life would give their lives for them.”

As we encourage those who have given their lives to Christ in missions, we may be surprised to find exactly what Ambrose wrote about—selflessness and love among a band of brothers and sisters we’ll know for eternity. 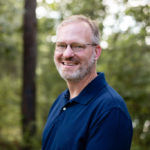 Jamie has more than 25 years of ministry experience. His passion for missions began nearly 20 years ago when he first visited Bolivia, South America. Jamie resides near Potosi, Missouri. He received his M.Div. in 2000 from Mid-America Baptist Theological Seminary in Memphis, TN. The Haguewoods spent time in San Jose, Costa Rica studying Spanish and gaining a firm grasp on culture and contextual ministry.