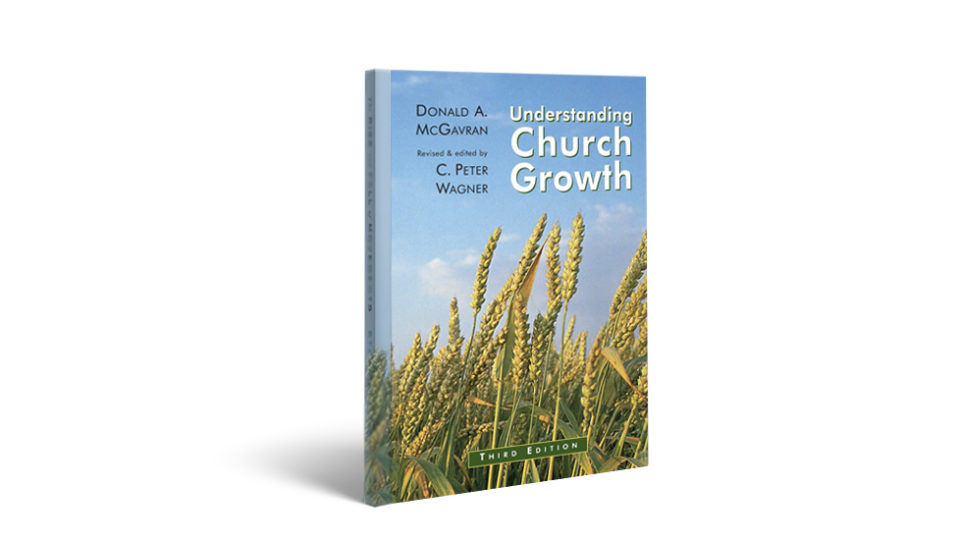 “You have to focus your energy on places that are responding to the gospel. Focus on harvesting, not searching.”

I heard this counsel from a retired missionary to Africa who had graciously taken time to meet with me, an aspiring missionary. During that same conversation, he explained to me something called “the homogenous unit principle.” We flipped through pages and pages of charts that tracked the growth of each church in the area he worked. I didn’t know it at the time, but this missionary was a living example of the influence of Donald McGavran.

This influence can still be observed today. Ideas such as “people groups,” “people movements,” “unreached peoples,” and “church growth” can be traced back to McGavran—in particular his book Understanding Church Growth. While this book (originally published in 1970) is over 50 years old, it remains relevant for those concerned about missions.

Despite its longstanding influence, McGavran’s book isn’t above criticism. But before I get there, I want to note two commendable qualities.

First, McGavran has in sharp focus the goal of missions in general and the priority of church planting in particular.

Missions-minded evangelicals of his era debated at length about the relationship between evangelism and social outreach. Though the debate continues, McGavran argued that stagnant church growth across the world can be attributed to a lack of focus on church planting. Too many missionaries had focused on feeding and clothing the poor or teaching people to read or building hospitals to care for the sick.

These are all, of course, quite worthy projects. But they can easily crowd out the most worthy project. God has commanded his people to evangelize and make disciples which is, according to McGavran, “the supreme purpose that should guide the entire mission, establish its priorities, and coordinate all its activities.” Gratefully, McGavran sees the local church as the means by which God will bring justice and reconciliation to the world. This belief drives his emphasis on church planting and church growth.

Definitions of unreached peoples abound. Well-intentioned missionaries plot and plan to make sure they know who they are and where they are. But McGavran more or less argues that it’s a waste of valuable time to argue over the exact percentage of people who must be Christians in order for a group to be classified as “reached.” For McGavran, “A people has been reached only when many of its members have become disciples of Christ and responsible members of his body.”

Whatever definition we choose, here are two uncontroversial, agreed-upon facts: many people remain unreached with the gospel, and church planting is urgently needed. Simply put, percentages don’t tell the whole story, but they do give us an idea of where the gospel has yet to take root.

Despite these positive contributions, missiologists and missionaries should be hesitant in uncritically adopting the methods McGavran promotes. Let’s consider three areas of concern.

To state the obvious, God wants his church to grow. He wants more churches. But McGavran goes further when he argues that a lack of growth is a sign of negligence. He says there are a few circumstances when growth might be slow and hard, but in general, the missionaries’ expectation should be steady and rapid growth.

A lack of growth is “unnecessary”; it “can, and should, be remedied.” As a result, much of the book outlines why the church is growing there and not other places. Based on that, McGavran wants missionaries to apply successful methods in other contexts. He even goes so far to suggest that financial support should be rerouted from no-growth efforts to areas with significant growth.

Once again, we can affirm that growth is worth pursuing. But it’s not the most important goal. In his parable of the talents (Matthew 25:14–30), Jesus praises the servants’ faithfulness, not their relative return-on-investment. While faithfulness and fruitfulness can be related, they aren’t always. And nowhere in the New Testament is numerical growth elevated over faithfulness—nor is numerical growth promised because of faithfulness. You don’t have to be an expert in church history to know that obedience to the Great Commission doesn’t always produce rapid growth.

When numerical goals become the priority over faithfulness, missionaries will be tempted to cut corners, to change their message, or to manipulate listeners. McGavran’s unapologetic promotion of numerical growth is refreshingly honest, but dangerously flawed.

He lumps many groups into “search theology” but it generally describes those who want to proclaim the gospel everywhere and let God gather into church those whom he wills. But, McGavran argues, God wants more than mere searching. He wants the lost to be found. So for McGavran, proclaiming the Word is search theology while actually winning souls is “harvest theology.” To that end, he says missionaries should go to where people are actually responding positively to the gospel, namely, to the harvest.

McGavran’s goal is clear and worth celebrating: he wants to admonish those who tend toward a hyper-calvinistic approach to evangelism. In other words, he warns those who say you don’t need to call people to repentance and faith. I’ll be honest: the discussion of “search theology” versus “harvest theology” seems to be a distinction without a difference. There can be no winning without proclaiming, and every Christian who has ever shared the gospel knows that there’s often proclaiming without winning. “Evangelism” writes Mack Stiles, “is teaching the gospel with the aim to persuade.” In other words, we have succeeded in evangelism whether the person responds or not. We’re not responsible for the person’s response; we’re responsible to faithfully articulate the message. We don’t need to pit search theology against harvest theology.

Additionally, the idea of going to those who are “winnable” reveals a minefield of problems. McGavran names a few factors that, according to him, contribute to someone’s receptiveness to the gospel. Most of these factors are socioeconomic—such as an ethnic group migrating from one place to another, or experiencing newfound freedoms from governmental control.

Strikingly absent from McGavran’s discussion is any discussion on the role of the Holy Spirit. As helpful as it might be to know that people are sometimes more open to the gospel, we can’t forget that it’s the Spirit who gives life (John 6:63, 1 Peter 3:18). It’s the Holy Spirit who makes a person “winnable” through the proclamation of the gospel. When it comes to when and where to share the gospel, McGavran’s approach seems to rely on demographics and other considerations. Such an approach should be rejected.

Here’s the basic idea: people more easily come to Christ if they don’t have to cross racial, linguistic, or class barriers. In other words, people are more likely to come to church if it’s made up of people like them. For this reason, any attempt to integrate different ethnicities or classes into the same church should be avoided because it will hamper church growth. McGavran shockingly goes so far as to say that seeking to plant churches that integrate people from several homogeneous units is “contrary to the will of God.” I’ll quote him at length:

Whenever people-consciousness is high-when classes and races think of themselves as distinct, and Christian churches are starting to multiply in one or two groups-the correct policy of evangelism is to disciple each homogeneous unit out to its fringes. To attempt to plant congregations in several homogeneous units at once, arguing that Christian ethics demand this, and insisting on integration first, whether the church grows or not, is a self-defeating policy and, with rare exceptions, contrary to the will of God.

Without a doubt, this is the most concerning and controversial of McGavran’s teachings. The Bible clearly teaches that the gospel breaks down and overcomes division between races, classes, and languages (Ephesians 2:14, Galatians 3:28). Indeed, the gospel takes men and women who were once enemies and turns them into friends, fellow heirs through their mutual salvation in Christ. The Apostles wrote letters to churches made up of Gentile and Jewish Christians. Any attempt to unify the church around race or social class must be opposed. It’s antithetical to the gospel of Jesus Christ.

McGavran’s influence on missions strategy in the last 50 years is as undeniable as it is regrettable. All in all, there’s little to commend in Understanding Church Growth. Missionaries and sending churches would do well to skip this book and spend their time studying more helpful resources. 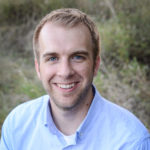