Are the Kids Alright? An Introduction to Missionary Kids and the Sending Church 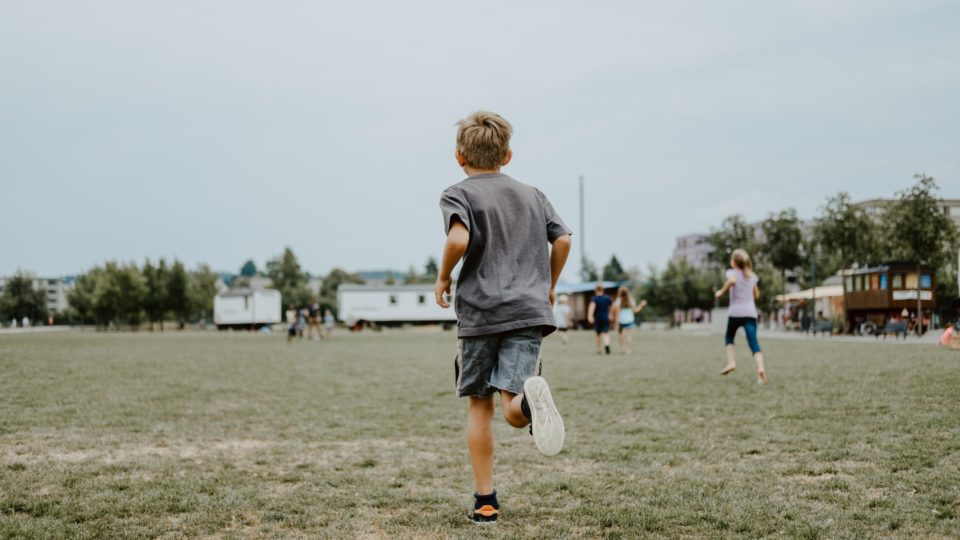 This is Part One of a two-part series.

As a child, I usually stammered out whatever would make the most sense to my audience and then tried to change the subject. As I got older, my answers got better but the dread never went away.

I’m a missionary kid—and as a missionary kid, I have a particular set of gifts, struggles, perceptions, and expectations that are often invisible to sending churches. The goal of this article is three-fold: to introduce and then explain the “missionary kid” identity, to articulate some suggestions for how to aid and equip missionary kids, and to provide a list of further reading for those interested in the topic. My hope is to better equip the sending church with the information and tools necessary to support and disciple the missionary kids they have sent out or received back from the field.

What is a Missionary Kid? Definitions, Identity, Home, and Hope

The Definition of Missionary Kids

To understand missionary kids (MKs), one needs to define and understand the umbrella term of “Third Culture Kid” (TCK). The terms “Third Culture” and “Third Culture Kids” were first coined by the husband-and-wife team of John and Ruth Hill Useem. These two sociologists studied American expats who worked in India in the 1950s and 60s.[1] They coined the term “Third Culture” to reference the interaction between the two cultures living together; TCKs are the children who grew up in this Third Culture.[2] The first and second cultures in this case are the culture of the parents and the culture of the place(s) lived. Authors David Pollock and Ruth Van Reken offer this simple definition: “A Third Culture Kid (TCK) is a person who has spent a significant part of his or her developmental years outside the parents’ culture.”[3]

The Identity of Missionary Kids

MKs are a subset of TCKs. They share many of the same characteristics, but the religious aspect of our parents’ work makes a difference. In Tanya Crossman’s book Misunderstood, she lays out a few statistical differences between the MK and TCK average that illustrate this.[4] I’ll list a few:

On the other hand, Crossman also noticed that while only 12% expressed resentment toward their childhood, nearly half expressed some resentment about some specific part of their childhood. Crossman offers a variety of explanations for this, including frustrations regarding their parents’ choices, wishing they were at a “normal” school, and being treated like “mini-missionaries.” Crossman notes that the best way to help is to let MKs process their frustrations and feelings about these issues instead of letting them fester. In short, giving MKs the space and permission to speak about their frustrations will help to alleviate many common problems.[6] I’ll talk more about this in a later piece.

While other sub-groups of TCKs moved because of their parents’ jobs (business kids) or as political representatives (embassy kids), MKs moved because God called our parents elsewhere. This distinction can have both positive and negative effects on our lives. For instance, MKs will sometimes downplay real, personal struggles because they think, “Who am I to argue with the will of God?” They might be hesitant to speak up out of misplaced guilt—or they might fear that if they speak up, others will downplay our concerns by pointing to positive circumstances. Of course, trusting in God’s sovereignty comforts us during trials. But as a kid, I struggled to square God’s sovereignty with my circumstances. Some MKs feel free to speak up, so this kind of hesitance isn’t universal. But I’ve seen it a lot, and I know from experience that it can cause some of that resentment Crossman found in her interviews.

Missionary Kids and Their Relationship to Home

MK’s confusing relationship to the idea of home also affects our identity, as I illustrated in my introduction. Pollock and Van Reken helpfully distill this part of the “TCK Profile” into a series of benefits and challenges, from which this section will primarily draw.[7]

The first one they mention is our expanded worldview (benefit) versus our confused loyalty (challenge). As MKs, we have the opportunity to experience different ideas, cultures, and languages. This is truly a gift. On the other hand, we feel conflicting loyalties between our various “home countries.” One rather benign expression of this is struggling with who to cheer for in the Olympics! But more seriously, I’ve heard of MKs who have received awkward accusations of “disloyalty” toward their passport countries, even though they never lived there.[8]

For Christian MKs, this is made easier. We know that our loyalty is first and foremost with Christ and not any temporary earthly kingdom (Ps 2; Phil 3:20; Rom 13:1–7; Matt 28:18–20). However, not all MKs have developed their theology; some MKs aren’t Christians at all.

Pollock and Van Reken mention another common MK dichotomy: our cross-cultural enrichment versus our ignorance of our home culture. This might be the most common one MKs experience. We can navigate international airports with ease, but we don’t understand why the size of US coins doesn’t correspond to their value. This can be humorous, but it can also be extremely frustrating, especially when people in our passport country assume that we identify strongly with the country.

Many of us have never lived in our passport countries—or, even if we have, we simply have fewer attachments to them compared to our parents or peers. All that to say, the concept of “home,” while simple to most people, is quite complicated for MKs. For many of us, home isn’t a place at all, but a people—family, community, and friends both new and old.

Many MKs fall into this category—some as children, and others when they move to their passport country. While we may look and sound like everyone around us, our perspective and cultural knowledge is likely very different. One advantage of this is that it allows us to more easily blend into a different culture if we wish to. One disadvantage of this is that others might be less generous to us when we fail cultural tests they assume we should pass.

Conclusion: The Hope of Missionary Kids

In this section, I’ve focused on the challenges MKs face. But amidst these challenges, it would be wrong to ignore the benefits. Growing up in a variety of cultures gives MKs seasoned communication and observational skills. In our case, we (usually) know multiple languages, and we know that different people from different cultures operate with different worldviews. This perspective—in addition to our cross-cultural observational instincts—enable us to communicate and relate to others naturally, which can be very useful for helping the church communicate the gospel to outsiders.[11] MKs offer more than just unique knowledge and unique experiences; they offer a wealth of skills that can apply that knowledge and experience in a variety of ways for the sake of the gospel and the health of the church.

Finally, I feel obliged to mention that growing up as a MK helped me to see—more than anything else—that my parents loved Jesus. They considered obedience to Him and His calling on their lives as paramount. Of course they loved each other and me, but day after day and year after year, I saw their sacrificial obedience to Christ firsthand. And I wouldn’t have it any other way.

[8] Here passport country is referring to the nation on the MK’s passport and is usually considered the ‘home’ nation of the MK.

Gregg Turner Jr. is a missionary kid who grew up in Asia.