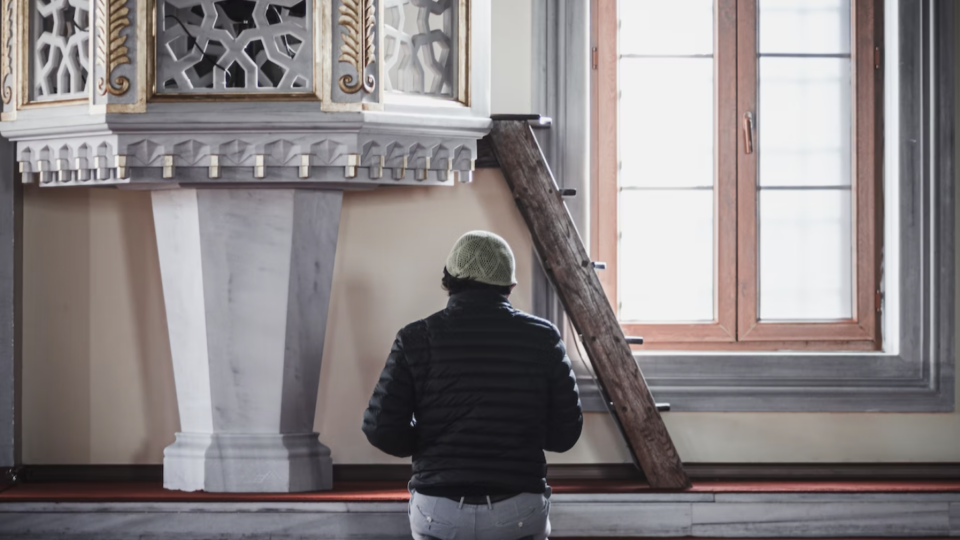 Compassion for the lost creates urgency for missions. Yet, urgency alone, untempered by a primary concern for God’s glory and God’s means, can quickly run afoul of biblical methodology and doctrinal truth. Those urgently seeking to increase their fruitfulness can be tempted to sacrifice biblical precision on the altar of expediency and pragmatism.

One example of this in contemporary missions is what is known as Insider Movement (IM) strategies. Over the last two decades, many evangelicals have confronted the dangers and missteps of IM methods.[1] However, even as I was drafting this post, I received a phone call from a missionary in the Middle East asking for advice on how to engage with many of his colleagues who are still practicing and advocating for IM today.

While the following proposals might seem obviously out of bounds when taken as a whole, they are often presented piece by piece. Each piece requires just a slight adjustment to one’s perspective and is advanced under the guise of urgent desire to see Muslims come to faith. Before too long, though, biblical compromise is already in the rearview. A quick survey of IM proposals can help to identify the dangers of IM and its attempts to build Christ’s kingdom with faulty pillars. Let me briefly sketch five weaknesses of this approach to missions as a caution against new missionaries who might be tempted to entertain these strategies.

The first step taken by IM proponents is often to reconsider the concept of identity. To do so, they note that the word “Muslim” presents more ambiguity than commonly understood. In fact, the Arabic words “Islam” and “Muslim” are both derived from the root word “submit.” Thus, “Islam” is the religion of submission to God and one who is submitted to God could be called a “Muslim.” IM advocates propose, then, that the language of “Muslim” can still be understood to apply to the identity of a Christ follower assuming that they recognize that they are now “Muslims (ie. Submitted ones) to Christ.”[2]

IM advocates argue that retaining the “Muslim” identity will provide at least two important things for the new believer. First, the believer will avoid immediate persecution from their community if they need not abandon their Muslim status. Second, it will allow them to remain connected and accepted within their Muslim social networks in order to share the gospel. As long as these words and forms can be filled with fresh meaning, this all makes sense. But the forms are not as neutral as IM advocates suggest that they are.

If the Muslim follower of Jesus is to be an effective witness for the gospel, he or she must remain connected to people who need the gospel. One of the spaces that is central to such connections is the local mosque and the ritual prayers that occur there. Arguing that prayer is not prohibited in any place, but that believers are commanded to pray at all times, IM advocates wonder why a Muslim follower of Jesus would need to stop attending the mosque?

In fact, perhaps the ritualized prayers performed in the mosque can simply be redirected to Christ in the heart of the believer. Likewise, since Christians are called to fast, our fasting could coincide with the Islamic month of Ramadan. And wouldn’t it be strategic to be present and among those going on the pilgrimage to Mecca where millions of Muslims are going to seek forgiveness that is found in Jesus alone?

In making such arguments, however, advocates assume that the form one’s faith takes is incidental to the faith itself. But the forms of the rituals—reciting ritual prayers in unison with other Muslims, bowing together towards Mecca, going on pilgrimage and marching around the Kabaa’—are inextricably tied to a gospel-denying idolatry. The forms are not neutral, but come laden with their own Islamic meaning. The same is true with the characters in the Qur’an who seem like biblical figures but who serve a very different purpose in Islam.

The claim that Muslims believe in almost all of the biblical characters is often trotted out as a great opportunity to camp out on some common ground. IM advocates note that being able to appreciate the legacy of great men of God like Abraham, Moses, and David is good for building friendships and generating relational momentum. In fact, Islam is adamant that Jesus deserves a special place of reverence as the second most important prophet. This should be seen as real common ground that can be leveraged into gospel conversations.

The problem is that the Jesus character in the Qur’an adamantly denies being the Son of God, is not crucified—and therefore also not resurrected—and does not serve as a substitute sacrifice. In fact, according to Islamic tradition, one of his followers is made to look like him and is crucified in Jesus’s place! And rather than saying, “It is finished” from the cross, the Islamic Jesus character comforts his followers by assuring them that one day Ahmad—another name for Muhammad—will come to provide God’s final word.

To state it clearly, Islam is not just an errant or aberrant system of worship like other idolatries. It is actually an anti-gospel faith. While a character who looks something like Jesus appears in the Qur’an, the Islamic Jesus is a counterfeit to the Jesus of history and an anti-Christ to the Jesus of Scripture. Yet IM advocates often seek to accommodate the biblical Jesus to the qur’anic expectations—even to the degree of avoiding reference to Jesus as the Son of God.

A good missiologist will do all that they can to avoid unnecessary cultural offense in the presentation of the gospel. But a faithful missiologist will also recognize that the gospel itself is unavoidably offensive. The Sonship of Jesus is at the center of the gospel, and therefore any offense that occurs is the offense of Christ as the stumbling block and stone of offense (1 Peter 2:8). This is especially true to Muslim’s whose sacred text tells them it is impossible for God to have a son.

While not all IM advocates avoid identifying Jesus as the Son of God in the same way, many are averse to presenting Jesus using this biblical language. Some IM advocates go so far as to create Muslim Idiom “Translations” (MIT) of Scripture in Arabic that obscure or remove the references to the Son of God.[3] Again, not all IM advocates go so far as to meddle with Scripture. But the MITs that have been produced are sometimes used unwittingly by those who are eager to see Muslims read and understand a Bible that was translated just for them.

While the proponents of IM would argue that we risk reception of the gospel by not allowing it to take on cultural shape, I believe that IM strategies often risk actually sharing the gospel itself because of their commitment to the message-distorting forms borrowed from Islam. Adopting Islamic forms under the assumption that they are merely cultural and value neutral fails to account for the idolatry the forms communicate and represent to observers. Confusion is inevitable for both participants coming out of Islam and observers yet within.

With Paul, then, I believe that we must do our best to “Renounce secret and shameful things, not acting deceitfully or distorting the word of God, but commending ourselves before God to everyone’s conscience by an open display of the truth.” (2 Cor 4.2) At the end of the day, the proclamation of the gospel is an urgent task. We must do all that we can to make sure that the gospel is on display and accessible to those who need to hear it. The fear of others going to hell should motivate our urgency, but the fear of God should guide our methodology. We cannot achieve God’s ends by compromising his message and means.

[2] Rebecca Lewis, “Kingdom Circles,” IJFM 26 (Spring 2009), 18. The idea proposed is that just as Gentiles did not need to become socio-culturally connected to Judaism in order to enter the kingdom of God through the gospel, so too we must see that Muslims need not take on the socio-cultural baggage of identifying as a Christian—an identity that is often assumed to mean the person is licentious and immoral by Muslim majority cultures—in order to follow Jesus.

[3] To present a community of young believers with a corrupt translation not only adds to their confusion as the Qur’an itself states that Christians believe Jesus to be the Son of God (Qur’an 9:30-31) but it also removes their ability to appeal to the Scriptures for clarification. See Brandon Smith and Matthew Bennett, “The Sonship of Christ in the Context of Mission: Chalcedonian Retrieval as Missiological Necessity,” Southeastern Theological Review 12.1 (Spring 2021), 61—82. 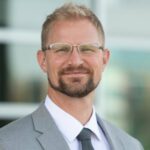 Matt and his wife Emily served with the IMB in North Africa and the Middle East for seven years. Matt currently teaches as an Assistant Professor of Missions and Theology at Cedarville University.