Don’t Just Be a Sending Church, Be a Staying Church 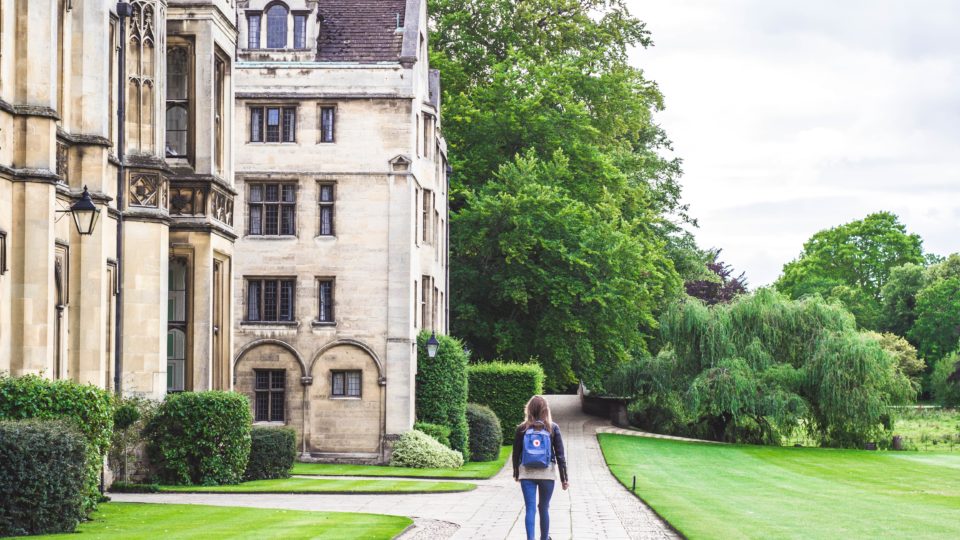 My wife and I dropped our first child off at college this past August. There’s nothing easy about saying goodbye to a kid you watched being born, taught to read and ride a bike, evangelized and discipled. She slept under our roof most every night for the past eighteen years. Then, all of a sudden, with a warm hug and a teary farewell, she’s on her own.

We talk every week. She reaches out with a question or just to say hi. We call to ask how she’s doing. She’s a part of our lives, we’re a part of her life. She’s our daughter. The day may come when she will leave and cleave and start a household of her own. But she’ll always be our daughter. We’re in it for the long haul.

In church life, few events are more exciting than sending church members off to the mission field. They may have been born in your church, saved in your church, and married in your church. You’ve seen them grow in their love for God, their hunger for his Word, and their heart for the nations. Now, after years of discipleship, they’ve expressed the desire to go overseas and bring the gospel to a community where Christ has not “already been named” (Rom. 15:20).

They’re excited, godly, and qualified—and you’re happy to send them out. More than happy, you’re heartened to think God raised up missionaries from your congregation. Like a mother sending off her child to college, you’re ready to send your member off to the mission field. You’re as nervous as you are thrilled. Who knows what the Lord might do in the years ahead? You’ve become a sending church.

THE TIES THAT BOUND

But what happens when the missionary lands? Too often, the ties that bind begin to loosen.

Different time zones make Zoom calls inconvenient. Security concerns hamper your desire to email. The missions agency is now playing a huge role in your missionary’s life, so you wonder if the responsibility for spiritual care and accountability is still primarily yours. Finally, the tyranny of the urgent takes over on both sides of the ocean and, before you know it, it’s been a month, two, three . . . a whole year since you’ve had a meaningful conversation with your missions “partner.” The ties that bind are the ties that bound.

Maybe you’ve personally experienced a thinning relationship with a missionary partner. Even if the partner isn’t from your own church, you built a relationship with the hope it would last and that you could be a steady anchor of encouragement. You resonate with the story of William Carey who promised to go to India with Andrew Fuller’s ongoing support: “Well, I will go down,” Carey told Fuller, “if you will hold the rope.” We start with the best of intentions only to see the rope fray.

It’s not enough to be a sending church. You need to be staying church. A staying church doesn’t let the rope fray or the bond loosen. As inconvenient as the relationship may be, the staying church remains involved by praying faithfully, communicating regularly, visiting occasionally, and always looking for new and creative ways to help. This is how we hold the rope, and we mustn’t let go.

Staying churches are a lot like a mom who drops her child off at college. She’s going to stay involved, remain concerned, and do all she can to be an ongoing presence in her child’s life. Staying churches have a maternal instinct when it comes to the missionaries they support, an instinct we find on the pages of Scripture.

Consider how Paul described his care and concern for the believers in Thessalonica: “But we were gentle among you, like a nursing mother taking care of her own children” (1 Thess. 2:7). It’s a little funny to say, but Paul had a maternal instinct. This is the kind of care we should have for our own, whether they are in our churches or on the mission field. Perhaps he got the image from Jesus who said he longed to gather the people of Jerusalem “as a hen gathers her brood under her wings” (Matt. 23:37).

FROM ANTIOCH TO CENCHREAE

We find staying churches in the Bible—churches that kept caring years after their missionaries went to the field. The paramount example is Antioch in Syria. This congregation sent Paul and Barnabas in Acts 13:3 but stayed involved throughout their journeys. The believers in Antioch provided a home when Paul and Barnabas returned (Acts 14:28). Later, they sent out two missionary teams: Paul and Silas headed north to Galatia while Barnabas and Mark sailed to Cyprus (Acts 15:40–16:1). After much gospel work in Macedonia and Achaia, Paul returned to Antioch (Acts 18:23).

It would be wonderful to know how exactly the church in Antioch related to these teams while they traveled. Obviously, they didn’t Zoom on the weekends! Nonetheless, we can be certain the saints in Antioch prayed for boldness, provided financial support, encouraged the workers upon their return, and maybe even strategized the best way to keep the gospel going forward. Like a faithful mother, the church in Antioch stayed alongside Paul and Barnabas. They held the rope.

Antioch wasn’t alone. Other churches, with a similar commitment to serve, came alongside these missionaries. The church in Philipp is one example. Paul heaped praise on these believers for their unusual, financial generosity: “No church entered into partnership with me in giving and receiving, except you only. Even in Thessalonica you sent me help for my needs once and again” (Phil. 4:15–16). The Philippian church made Paul’s ministry in Corinth possible (2 Cor. 11:9).

Other churches played a similar role. We could point to the first church in Jerusalem (Acts 15:40; 18:22; 21:17). This church sent Barnabas to Antioch in the first place; they also sent Silas to join Paul (Acts 11:22; 15:40). It’s no wonder Paul returned to Jerusalem more than once. The little church in Cenchreae, near Corinth, also proved to be a huge encouragement to Paul (Acts 21:18; Rom. 16:1). What did these churches have in common? They all played a part in supporting the first missionaries. They provided a home away from home. They offered financial support. They encouraged weary saints.

Staying churches should be a lot like moms, nurturing their children long after they’ve left home.

The past few years I’ve heard a lot about the importance of being a “sending” church. I get it. We need congregations to take the Great Commission more seriously. This will require giving up our best and brightest to the unreached and unengaged parts of this world. May God raise up more sending churches!

However, we can’t stop there. We’ve got to grow in our staying capacity as well. It’s time for local churches to recover a long-term commitment to particular missionaries. I’m thankful for sending agencies that bear the administrative and strategic weight of overseeing our workers. Sending agencies should be received as a gift from God. But they aren’t sufficient. They shouldn’t bear the weight of caring for the souls of our missionaries. As we saw in the examples above, the New Testament is filled with local churches engaged in Great Commission work, connecting and supporting multiple missionaries, and staying involved for the long-term.

I want Mount Vernon Baptist, where I serve, to be a sending and a staying church. I want us to have a maternal instinct. I obviously can’t play that role in the life of every missionary associated with our cooperative efforts. I can, however, serve a few. I want those partnerships to be long (lasting many years) and to be deep (developing significant, meaningful relationships).

I don’t expect my missions partnerships to be exclusive. I earnestly hope and pray a whole team of churches surrounds the partners my church supports. Nor do I want Mount Vernon to supplant or replace the sending agencies and their valuable insight and expertise.

Nonetheless, over time, relationships can weaken. It’s so easy for churches to let the missions agencies replace them. Pastors and churches can go about the “business” of ministry while unintentionally forgetting the partners we once held dear. I don’t want that to happen; I don’t want the ties that bind us to loosen or the rope to fray.

Missionaries need more than sending churches. They need a host of staying churches who will remain spiritual mothers in the days, months, and years ahead.

Aaron is the Senior Pastor of Mount Vernon Baptist Church in Atlanta, Georgia. He and his wife, Deana, have four children: Rachel, Jonah, Natalie, and Tori. They moved to Atlanta from Louisville, Kentucky after Aaron completed his Masters of Divinity in Biblical and Theological Studies and his Ph.D. in American Church History from Southern Seminary.