Training Pastors in Belize: Lessons from a Missionary 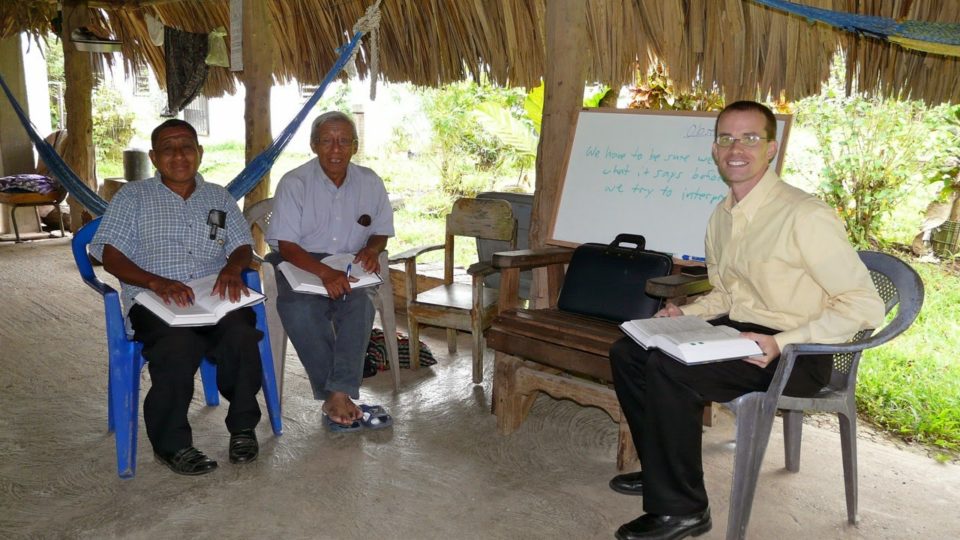 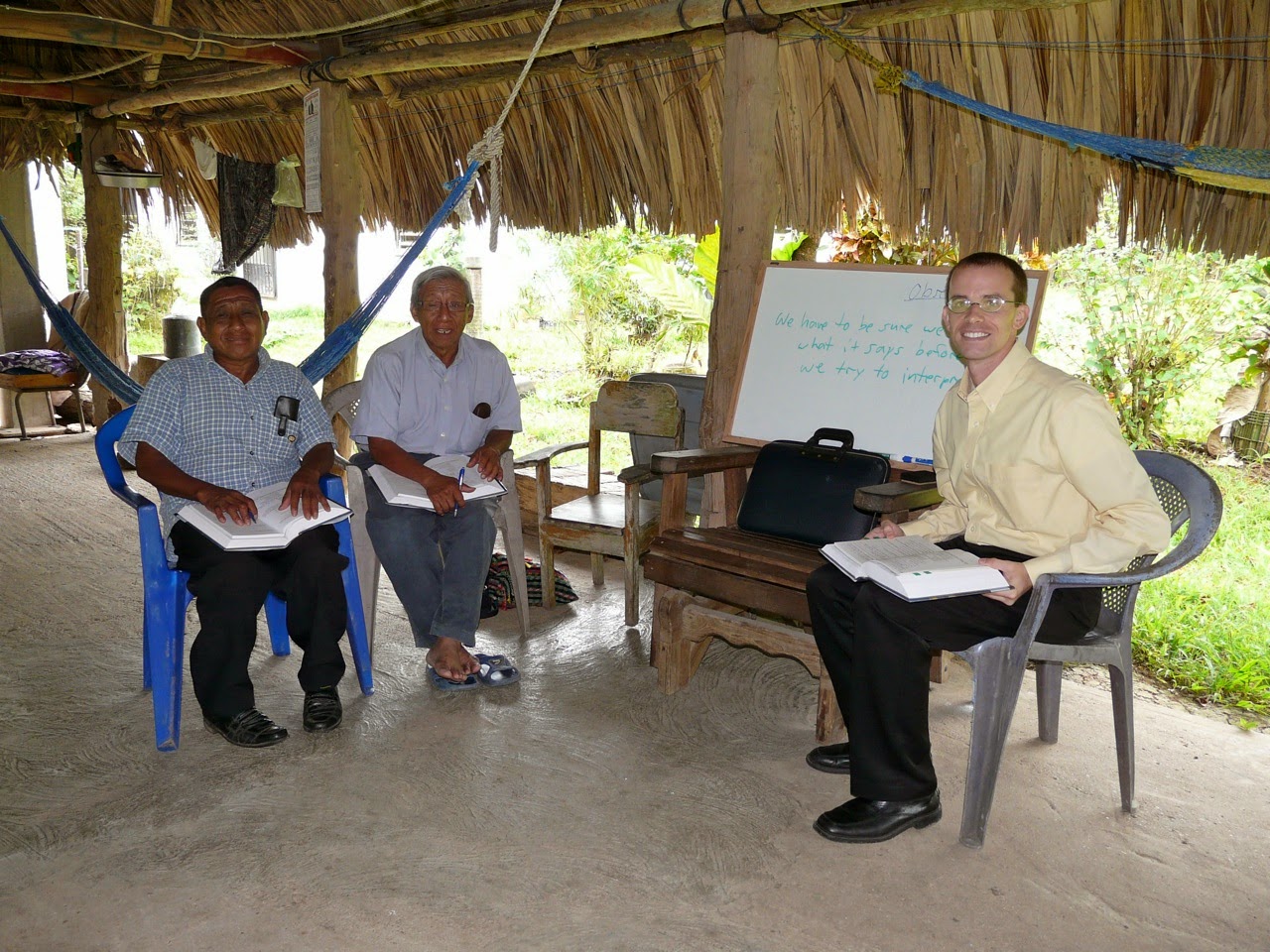 I remember when the Lord first started giving me the desire to train pastors and church leaders. I was in my mid twenties, in Bible College, and working in landscaping full-time. Needless to say I would come home physically drained after sweating in the hot sun all day. But school was great and I was enjoying my studies and growing from them. Yet, sitting in my chair at night, doing my homework, I couldn’t help but think about the average bi-vocational pastor in Central or South America who had to work just as hard as I did, but wasn’t receiving any such education as I had the privilege of receiving. It was then that the Lord made clear to me that if someone didn’t take them the training these pastors wouldn’t be trained. They would continue on in their inaccuracies or possibly even their heresies. I knew there must be pastors and church leaders out there who longed to be trained in the Scriptures, but their lack of funds, facilities, or adequate transportation kept them from getting it. I wanted to take it to them . . . badly.

My wife and I had already been on three short-term mission trips to Belize at that point, but our ministry approach was broad and diverse. This zeroing in on teaching and training pastors and church leaders made perfect sense. Healthy shepherds make healthy sheep, which makes healthy churches. Healthy churches make healthier communities and villages, and thus the nation is gradually changed for the glory of God. In this way His Kingdom will come and His will be done. It was so clear and seemed so obviously simple.

After Bible College I had another privilege afforded to me . . . seminary. And what a privilege it was. My focus was clear and I was determined to gather as much Bible knowledge as I could for my own personal holiness and for the good of my future students. It was almost like a Macedonian call was ringing in my head, but it was Belizean of course. “Come to Belize and help us” was the imagined plea from my students I had yet to meet. Yet, it drove me on. I would make theologians out of those Belizeans and they would turn that little country upside down, so I thought.

Years later after language school, more children, and two international moves we finally arrived in Belize as full-time missionaries on July 31st, 2009. I remember almost thinking, “Now, we’ll see some changes in Belize.” What humility. I thought I had the key to fix all of Belize’s problems. And I actually did because I was armed with the powerful gospel of Jesus Christ. But as a new missionary I didn’t realize that there were many unknown obstacles waiting to show themselves over the next 4+ years.

First, there was the obstacle of overcoming the stereotypes that previous missionaries had left behind. Missionaries aren’t perfect and some can even exhibit down right shocking behavior. It takes time to show you’re different from those who’ve erred on one side or the other. Months passed before one gentleman in our church trusted me enough to even have a short conversation with me. Or on the opposite side, one man told me that I wasn’t a Christian and shouldn’t even go to church all because I wouldn’t give him the money for which he incessantly begged.

Second was the obstacle of cultural norms. Where we served in Belize it was common to only receive the information the person wanted you to have, especially if being full transparent would show him to be uneducated or guilty of sin. Understanding how to listen and what questions to ask took time and skill. Most Belizeans really wanted to please us, so we were often told what they thought we wanted to hear. This made it especially difficult to truly diagnose a person’s spiritual health and know where, or what, to begin teaching them.

Third was the obstacle of the lack of literacy. Thankfully, the education system in Belize has improved from what it was many years ago, but the nationals are only required to go through 8th grade. High School must be paid for out of pocket. Therefore, not everyone can go, especially not many of the indigenous Mayan Indians who have managed to find themselves toward the bottom of socioeconomic levels. But the indigenous people made up the bulk of the population where we served in Southern Belize. So as far as averages go, literacy was low.

My original plan of entering the country with Bible guns blazin’ quickly found me shooting blanks. People weren’t lining up to be trained. Finding the ones who really wanted it was hard. Overcoming the misunderstandings about who a missionary really is and what they’re actually supposed to do took time. And learning to teach at their level took great care and finesse. For example, when making the point for a literal six-day interpretation of creation and that dinosaurs must have lived alongside humans, one of my students asked, “What’s a dinosaur?” Granted, this extreme lack of education was not the norm, but it did happen, and taught me that I could not assume anything in my teaching.

My experience of training and later graduating the thirteen students God gave me was more than rewarding. They learned so much and many of them grew beyond my expectations. But it all went much differently then I thought it would years ago sitting in my sweaty work shirt in my chair doing homework. It was a much smaller, harder, and slower work than I originally planned. But, when I flew away from Belize on March 11th, 2014 no longer a full-time missionary, I was confident that I had taught the ones whom the Lord had put on my heart, those who had called in my ear so many years before.

Many people in the world today will not receive the proper Bible training they need in order to be faithful pastors or church leaders unless we take it to them. That’s simply the truth.